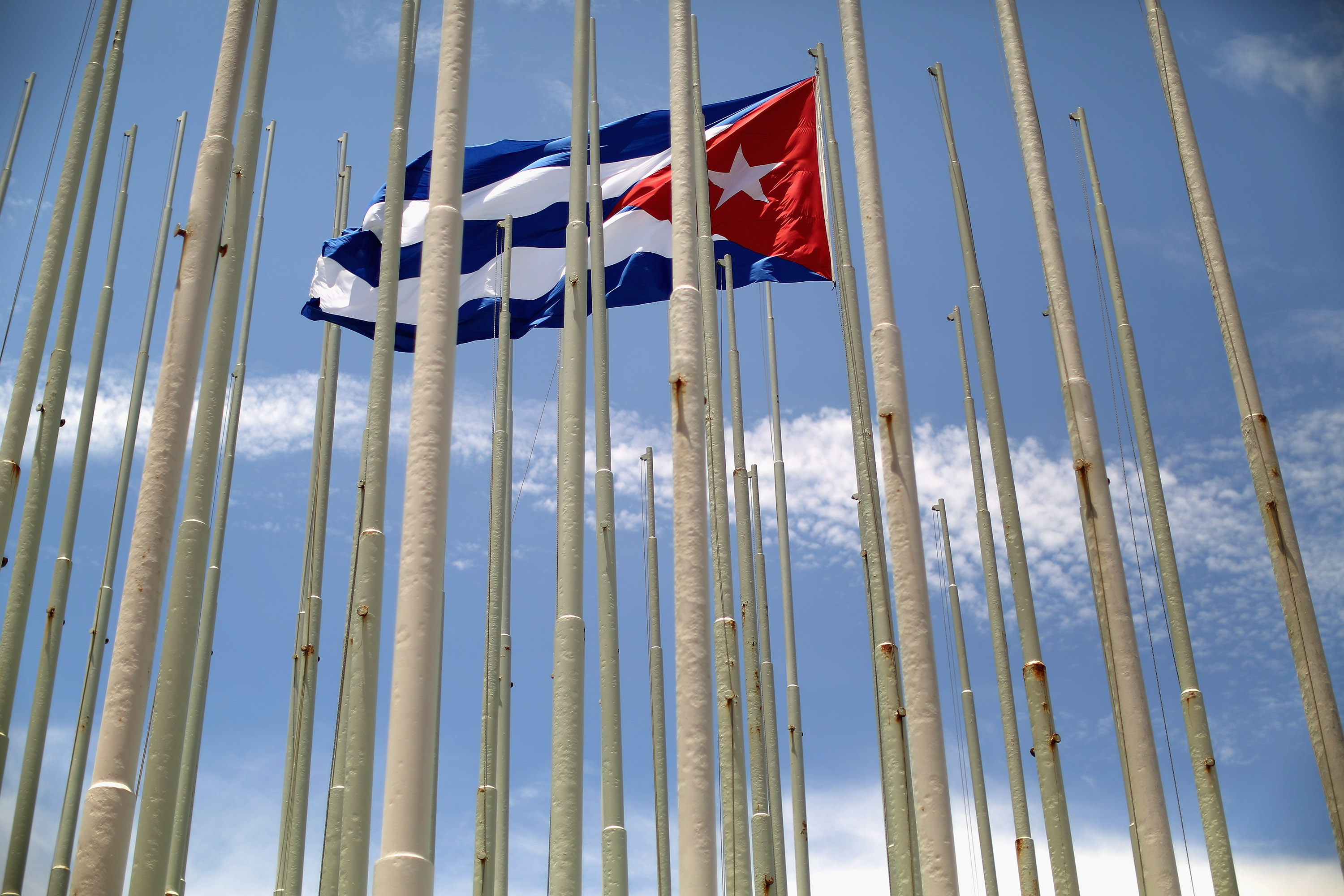 Secretary of State John Kerry and several other U.S. government officials will be in Havana on Friday to officially raise the flag at the American embassy, a largely symbolic move in the Obama administration's efforts to restore relations with Cuba.

"The next step is really the political step, and I think this is where the embassies become symbolically important," Zarate said. With the American flag flying in Havana and the Cuban flag flying in Washington, "the hope is that that then opens up a new era of political rapprochement between the countries."

Entering that new era requires some degree of change in Cuba itself. That's a challenge, Zarate noted, given that the Cuban government is still run by the Castro regime, which has repressed its political dissidents.

"If we're going to have an opening, to begin to pressure the Cuban government on those political issues -- and I think we've been a bit timid on that, I think, is my opinion, to date -- but I think that becomes the second phase of this engagement," Zarate said.

In an interview with Telemundo earlier this week, Kerry said that Cuba's political dissidents will not be invited to the official embassy opening. However, he insisted that this did not represent a concession to the Castro regime on the issue of democratic freedom.

The embassy opening "is a government-to-government moment -- with very limited space, by the way -- which is why we are having the reception later in the day, in which we can have a cross-section of civil society, including some dissidents," Kerry said. "Furthermore, I will take an open, free walk in Old Havana at some point of the day. I look forward to meeting whoever I meet and listening to them and having, you know, whatever views come at me."

After 54 years of zero of frozen relations between the two nations, Kerry argued that Cuban citizens will benefit from the United States' official presence. "One of the things we negotiated is the ability of our diplomats to be able to meet with people in Cuba, and not to be restrained," he said.

While clearly the Cuban government won't change overnight, Zarate said the question is, "can we deluge it with American influence and commerce, and can that [have an] impact as a younger demographic takes over in the country?"

In addition to attending the flag raising, Kerry on Friday meets with Cuban Foreign Minister Rodriguez.

Omicron: What we know - and don't know - about the new COVID variant
Stephanie Condon