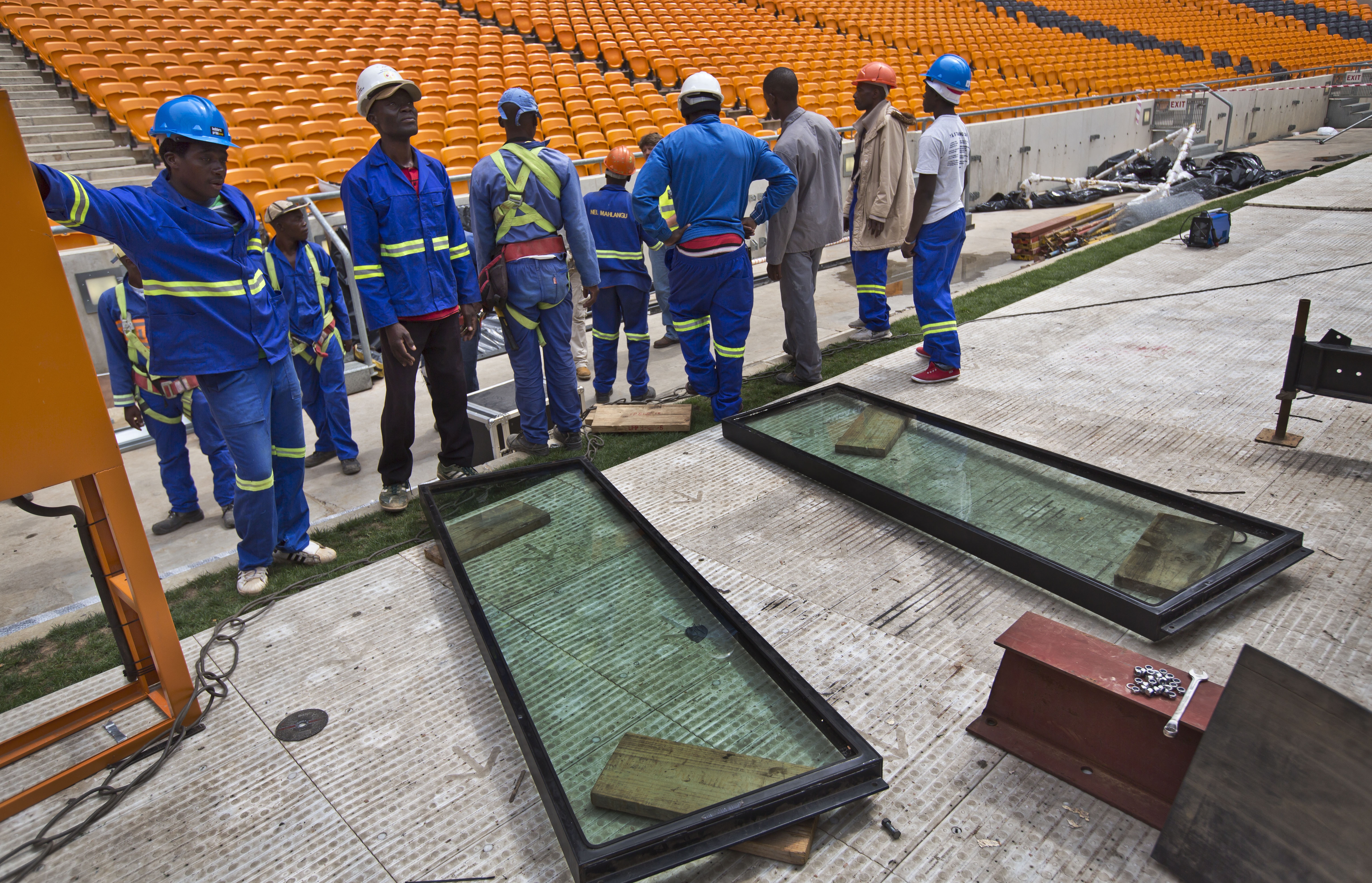 The world will pay its respects to deceased South African leader Nelson Mandela this week. A memorial service will be held tomorrow at the FNB stadium in Johannesburg. At least 70 heads of state will be there, including four U.S. presidents. And with such short notice, it's proving to be a major security challenge.

South Africa has hosted huge events before -- the World Cup in 2010, and dignitaries from all over the world descended on this country for the inauguration of President Mandela in 1994 -- but the country has never seen anything like this.

Scores of world leaders are planning to attend memorial and funeral services for Mandela this week, from the U.S.: President Barack Obama, former Presidents George W. Bush, Bill Clinton and Jimmy Carter are coming. Prince Charles, Prince William and Prime Minister David Cameron are flying in from the U.K.

Rory Steyn, who was the head of President Mandela's security, said this is the biggest event South Africa will ever see. "It's unprecedented," he said.

Steyn now runs a private firm providing protection for 25 dignitaries coming to South Africa this week. He says the scope of the funeral proceedings would challenge any country: Tuesday's massive memorial in a Johannesburg stadium; the body of the former president lying in state in the capitol, Pretoria, for three days for citizens to pay respects; the burial next Sunday in Mandela's tiny, ancestral village in the Eastern Cape Province.

"We simply haven't had this scale of VIP arrival before," Steyn said. "How do you test that?  How do you prepare for the scale of invasion that we are about to experience?"

Defense Minister Nosivewe Mapisa-Nqakula is overseeing security and says 11,000 troops have been deployed. She says a coordinated plan involving the military, the air force and police across the country is in place to control and protect tens-of-thousands of mourners.

Steyn was in charge of capital security when world dignitaries descended on Pretoria for Mandela's inauguration. Steyn said: "What we did there was to limit the size of the motorcades, and I'm sure that's what we're going to do again."

Mapisa-Nqukula said: "We believe that probably a billion people will be watching how South Africa will perform. All of us, black and white, would like to make Madiba proud."

CBS News' Bill Whitaker added on "CBS This Morning" that Mapisa-Nqukula told him she'll be praying every day that the country can pull off the world event without a hitch.