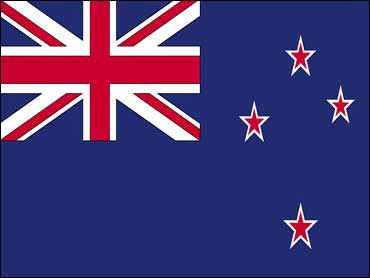 A man who had close links to one of the Sept. 11 hijackers was deported from New Zealand last month after officials discovered his true identity and that he had been taking pilot training in the country, the government said Saturday.

Rayed Mohammed Abdullah Ali, a Yemeni, was deported to Saudi Arabia on May 30 because his presence in New Zealand posed a security threat, Immigration Minister David Cunliffe said.

He declined to give details, but said authorities did not have any evidence of a specific plans for a terrorist attack.

The U.S. congressional investigation into the Sept. 11, 2001, attacks says Rayed Abdullah was a friend of Saudi Arabian Hani Hanjour, one of the terrorists aboard American Airlines flight 77 that was flown into the Pentagon, and attended a flight school in Arizona, where Hanjour received training.

"He was directly associated with persons responsible for the terrorist attacks in the United States on Sept. 11, 2001," Cunliffe said in a statement.

Rayed Abdullah was deported one day after he was arrested in Palmerston North on New Zealand's North Island, where he was undertaking pilot flight training.

"He was building up his flying hours flying with an instructor. He'd previously trained as a pilot in the United States," Cunliffe said.

Rayed Abdullah had used "a variation of his name in applying for entry to New Zealand" and his real identity had only become known after he arrived in the country, Cunliffe said. He didn't say when Rayed Abdullah had arrived, or what had led to the discovery of his real name.

"Once his real identity became known, he was identified as having close connections to people involved with the Sept. 11, 2001, attacks in the United States, and had been named in the 9/11 Commission Report," Cunliffe said.

Rayed Abdullah told New Zealand immigration officials he was coming to the country to study English, and took up residency in Auckland, where he began taking language classes.

He then moved to Palmerston North, 335 miles south of the city, where he had joined a pilot training program at the Manawatu Aero Club, the minister said.

Cunliffe said the nature of Rayed Abdullah's activities in New Zealand was part of the reason for his deportation. The minister declined to give details.

"What I will say is that we don't have any evidence of a specific terrorist threat by the gentleman in New Zealand nor are we saying he was undertaking terrorist activities," Cunliffe told National Radio.

The Sept. 11 report says Rayed Abdullah entered the United States in late 1997 and obtained his private pilot's license in December 1998 after training in Arizona. He then went to work as a computer programmer before resuming flight training in mid-2001, the Sept. 11 commission report says.

Rayed Abdullah lived and trained with Hanjour and was a leader at the Islamic Cultural Center in Phoenix, the report says. Rayed Abdullah allegedly gave extremist speeches at the mosque.

The FBI interviewed Rayed Abdullah after the Sept. 11 attacks, which killed nearly 3,000 people when terrorists hijacked three commercial jetliners and flew them into the World Trade Center in New York and the Pentagon, but he was not charged with any crime. He told the FBI he had only limited contact with Hanjour, court filings show. A fourth hijacked jetliner crashed in a field in Pennsylvania.

The 2004 commission report said the FBI in Phoenix remains suspicious of Rayed Abdullah's relationship with Hanjour.