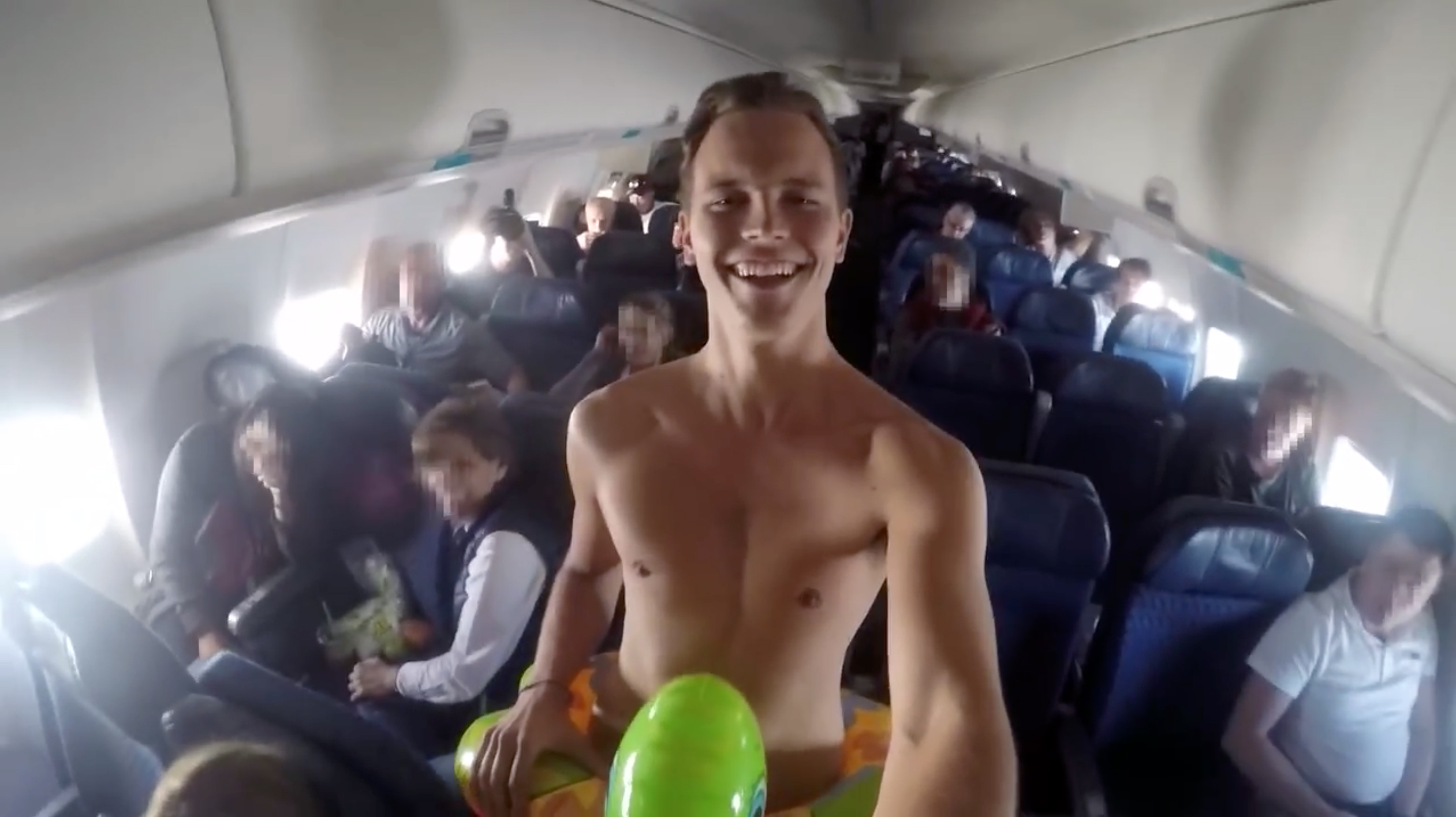 This week's most popular viral videos include a red wine explosion, an inflight Speedo incident, the amazing filtration ability of oysters, cartoons disrupting the real world, a chili pepper orchestra and some colorful night skiing.

First up, Larry G shows why creating homemade sparkling wine with your SodaStream is not a good idea.

An oyster is capable of filtering over 30 gallons of water a day. That amazing skill is on display in this time-lapse video from Florida Oceanographic.

Hombre_McSteez is back at it again with a second installment in his Aug(de)mented Reality series. He creates wildly clever cartoons mixed with real life scenes, using standard animation cells and an iPhone 5S.

In this video from Chili Klaus, the Danish National Chamber Orchestra decides to test themselves by taking a queue from red hot chili peppers -- literally! Watch as the whole musical mass musters up the willpower to eat one of the world's hottest chili peppers while playing a tango.

And, GoPro shared this visually enthralling video of some skiing after dark. The skiers wear LED suits and shine an array of colorful lights while shredding some powder in the Alaskan backcountry.