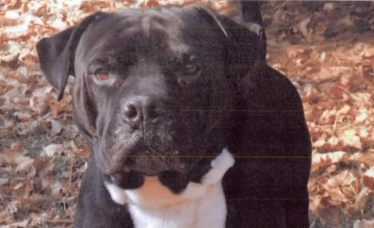 BALTIMORE -- A man has received the maximum penalty allowed -- three years in prison -- after being found guilty of tying a cinder block to his dog and throwing him into Liberty Reservoir, in Maryland. Anthony "Tony" Muniz was convicted by a Carroll County jury of aggravated animal cruelty after a two-day trial, CBS Baltimore reports.

In February 2017, a black and white pit bull mix named Roscoe was found dead in the reservoir. A microchip linked the dog to Muniz.

According to the Office of the State's Attorney for Carroll County, an investigation conducted by Carroll County Animal Control and the Baltimore Environmental Police revealed that Muniz had thrown the dog and the cinder block off the Liberty Reservoir bridge.

Prosecutors say a fisherman later found the dog floating in the reservoir, still tied to the cinder block.

"To treat a dog that way it shows an incredible amount of disregard not only for an animal's life, but ultimately at times it concerns us about human life," said Carroll County State's Attorney Brian Deleonardo. "My office will aggressively prosecute the abuse or mistreatment of animals. Often people who mistreat and abuse animals pose a much greater risk to the public and are more likely to commit other crimes. I hope this conviction and sentence sends a warning to anyone who would engage in such conduct in the future."

He allegedly did so to send a hurtful message to his then-girlfriend.

Prosecutors said Muniz stole the dog from his girlfriend, presented it as a stray to a rescue group, then re-adopted the animal as his own.

"You have to send a message and be very strong on that, that conduct is so reprehensible that it just won't be tolerated," Deleonardo said. "We were certainly glad that the court agreed and imposed the maximum sentence in this case."