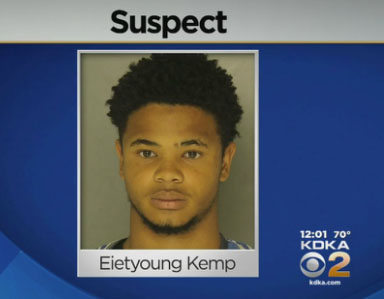 PITTSBURGH -- Pittsburgh police say a man told them he was adjusting a gun he kept in his underwear when it fired, killing one of his friends.

Nineteen-year-old Eietyoung Kemp was jailed Friday on charges including criminal homicide and carrying a firearm without a license in the death of 19-year-old Robert Alston.

Police say Kemp told them he was riding to a party with Alston and two other friends late Saturday. Kemp was in the back seat and says he was adjusting the gun when it fired through the front seat, hitting Alston.

Police say Kemp told them he panicked, ran away and threw the gun into a river.

He surrendered to police Thursday.