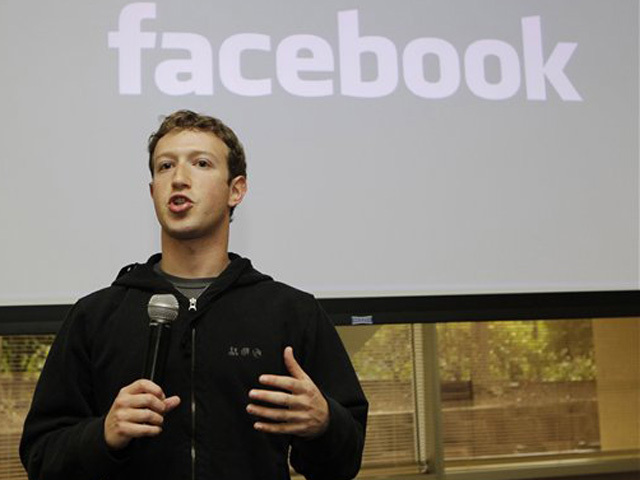 BUFFALO, N.Y. - A New York man who claims he struck a deal with Mark Zuckerberg in 2003 that entitles him to half of Facebook Inc. has included in a new court filing e-mails he said he exchanged with the Facebook founder.

In his federal court complaint, Paul Ceglia of Wellsville said the e-mails show, in part, how Zuckerberg tried to get him to abandon his interest in Facebook by souring their business relationship in 2004, while at the same time downplaying the popularity of the site following its launch at Harvard University, where Zuckerberg was a student.

Zuckerberg is accused in the complaint of breaching his contract with Ceglia by incorporating the website first known as thefacebook.com without telling him.

Ceglia seeks a 50 percent share of the company, which has more than 500 million users worldwide. Forbes magazine last month estimated Zuckerberg's net worth at $13.5 billion.

"Zuckerberg knowingly misrepresented to Ceglia that thefacebook.com was not successful, that he was too busy to deal with the website, that he had lost interest in the website and that he was shutting the website down," according to the complaint, which amended Ceglia's original complaint from last year.

Orin Snyder, an attorney for Facebook, called the claims "ridiculous."

"This is a fraudulent lawsuit brought by a convicted felon and we look forward to defending it in court," Snyder said in an e-mailed statement to The Associated Press on Tuesday. Ceglia was placed on probation in 1997 after pleading guilty to possession of hallucinogenic mushrooms, Panola County, Texas, court records show.

Ceglia's amended filing in Buffalo on Monday came on the same day that a federal appeals court in San Francisco left in place a 2008 agreement settling a lawsuit by two former Harvard schoolmates of Zuckerberg who claimed he stole their idea to launch Facebook. The agreement called for Tyler and Cameron Winklevoss to receive a $20 million cash payment and a partial ownership of Facebook.

Ceglia has said he met Zuckerberg when, as a Harvard freshman, he responded to an ad Ceglia had posted on Craigslist looking for someone to develop software for a street-mapping database he was creating.

Zuckerberg offered to take on Ceglia's project for $1,000 and then told Ceglia about a project of his own, a kind of online yearbook for Harvard students that he wanted to expand, according to Ceglia. He said he gave Zuckerberg another $1,000 to continue work on Zuckerberg's "The Face Book," with the condition that Ceglia would own a 50 percent interest in the software and business if it expanded.

At the center of Ceglia's claim is a two-page "work for hire" contract bearing the names of both men.

Ceglia's original complaint sought 84 percent of the business, based on a contract clause that he said added a percentage point for each day the project went past its Jan. 1, 2004, due date. The amended complaint drops the amount being sought to 50 percent and includes an e-mail in which Ceglia agrees to waive the late charge at Zuckerberg's request.

"I just won't even bother putting the site live if you are going to insist on such a large percentage," Zuckerberg wrote to Ceglia, according to the complaint. "I'd like to suggest that you drop the penalty completely and that we officially return to 50/50 ownership."

The e-mails, which progress from cordial to antagonistic, were not part of the original filing.

"The beauty of the e-mails is they represent a contemporaneous account," said Dennis Vacco, a Ceglia attorney, "not viewed from the prism of the present day 'man of the year,' but viewed from the eyes of a Harvard student at the time these events were actually occurring."

Zuckerberg was Time magazine's person of the year for 2010.