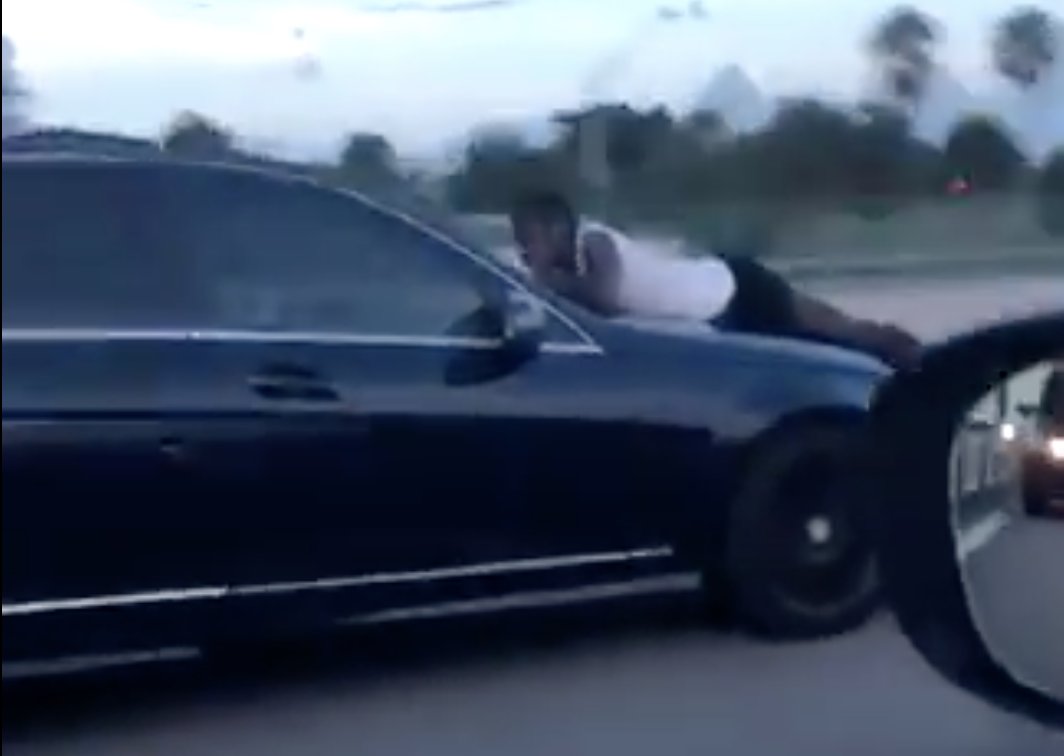 The driver who captured the video, Daniel Midah, was driving parallel to the car in a lane close to it. Midah took out his cell phone to film when he noticed the man wearing a white tank top and black shorts, clinging to the hood of the car while chatting on the phone. Midah's video of the incident went viral on Twitter.

Officials have released the desperate 911 call the man made while riding on the hood of the car. When the 911 operator asks the man what his emergency is, he responds: "My life is actually in danger. I'm on the roof of my car, someone is driving."

Midah said it appeared the man on the hood and the female driver were talking to each other as the car plowed down 1-95. The 911 call confirmed that. "Stop the car! Stop the car! You're going too fast," the man is heard screaming at the driver.

"It was scary and also it was crazy and funny. I was mind blown. I have never seen anything like that," Midah said.

Midah also called 911 about the incident and police made an arrest that night. The driver was identified by police as 24-year-old Patresha Isidore, who was taken into custody.

"They were putting their lives in danger, but also those of the people around them. If he had fallen off, he would have hit me, you know, that's on me," Midah said. "The strangest thing of all is that both rider and driver seemed calm like it was no big deal."