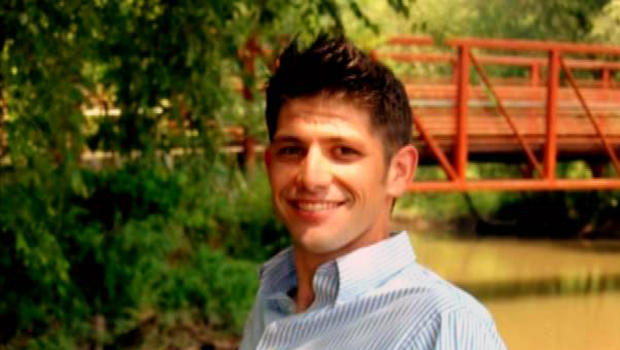 COBB COUNTY, Ga. -- A man was charged Friday with concealing a death days after remains believed to be a long-missing U.S. Army veteran were discovered behind a Georgia home, reports the Atlanta Journal-Constitution.

Police received a tip Tuesday that led them to the Cobb County home where Iraq War veteran Chase Massner was last seen in March 2014, CBS affiliate WGCL-TV reports. Bones and other remains were found in the ground under a concrete slab behind the home, where the man charged -- James Bradshaw Clement, 31 – used to live, the AJC reports.

The medical examiner reportedly believes the remains are Massner, but no positive identification has been made.

Police say Clement was the last person to see Massner before he disappeared, reports WGCL.

Clement claims he only knew Massner for a short time and brought Massner to his home to talk about Massner's troubled marriage, WGCL reports.

The next day, Massner vanished.

Family members have said that Massner was diagnosed with bipolar disorder and treated for anxiety and post-traumatic stress disorder. Massner was 26 at the time of his disappearance. He was married with two daughters.

Police say Clement has agreed to turn himself in the Cobb County Adult Detention Center.

"I didn't put it there," Clement reportedly said of the remains. "I mean I don't know how...it would get there. It's a big...yard."

The current resident of the house didn't live there when Massner disappeared, the station reports.