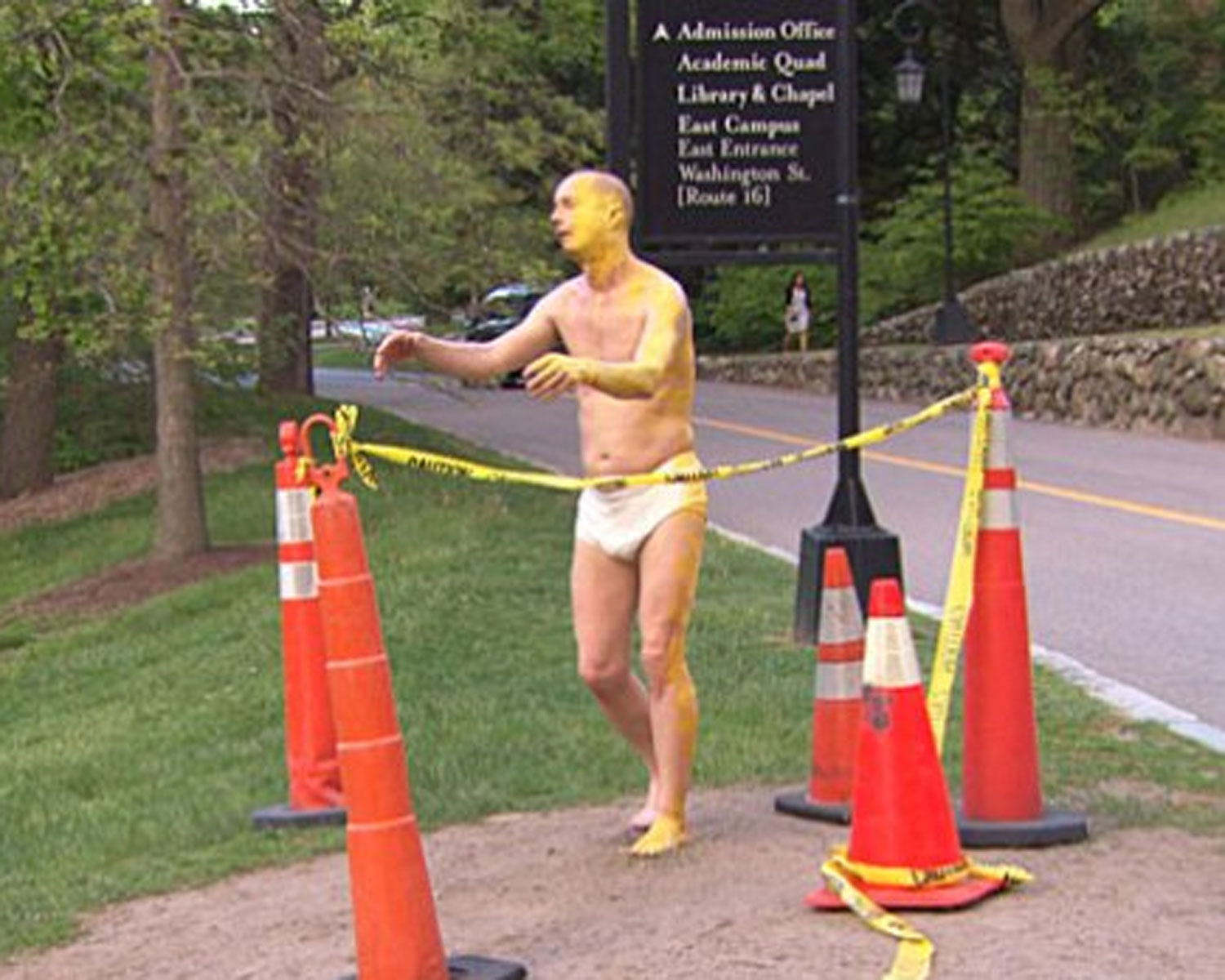 WELLESLEY, Mass. - An outdoor, lifelike sculpture of a man sleepwalking in his underpants that provoked some concern at Wellesley College when it went up in the winter has been vandalized.

The fiberglass sculpture on the suburban Boston campus, entitled "Sleepwalker," was defaced Tuesday night by yellow paint on its face, left arm, left leg, and a foot. It was one of several properties vandalized at the women's college, and campus police are investigating.

Some students had criticized the statue as threatening and demanded that it be removed.

The sculpture is scheduled to stay up until July as part of a larger exhibit by Tony Matelli at a campus museum.

Wellesley President H. Kim Bottomly said in a statement that the acts of vandalism are "criminal in nature" with "potentially serious consequences."