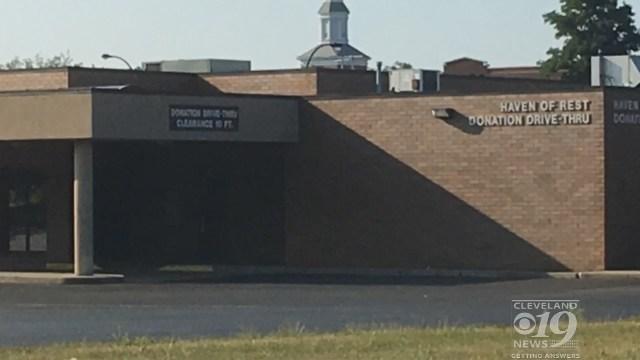 STOW, Ohio -- A man who was fatally shot after being transported by a police officer to a homeless shelter had refused to get out of the officer's cruiser when they got there, police records show.

The shooting happened about six minutes after a Stow police officer asked that Akron police be called following his arrival at Haven of Rest shelter in Akron late Sunday, according to a radio log released by the Stow Police Department on Monday.

Six minutes later came a report of shots fired, the log showed, with the officer updating after a couple of minutes that two shots were fired. The officer with the man was slightly hurt and lost his glasses, the log said.

Neither the log nor an earlier police news release stated who fired the shots.

Events leading to the shooting started about 10:45 p.m. Sunday, when police responded to reports of a man who'd jumped the fence of a house in Stow, pounded on a door and asked for cigarettes, the log said.

"Seemed out of it," the log said, referring to the man, who apparently also asked the homeowner to call his daughter.

Police located the man a couple of minutes before 11 p.m. and called in the trip to the shelter at 11:05 p.m., the log said. The trip took just under 14 minutes.

The man's identity was not immediately released, CBS affiliate WOIO-TV reports. The station also writes that the officer was treated for his injuries and was later released from the hospital.

Those who knew the man say they think he struggled with mental health issues, WOIO-TV adds.

The Rev. Jeff Kaiser, executive director of the shelter, told the Akron Beacon Journal the shelter has a good relationship with police. He said it's not unusual for officers to bring people to the shelter.

The state Bureau of Criminal Investigation is overseeing the case.

WOIO-TV says the officer -- a 10-year veteran -- was placed on paid administrative leave.