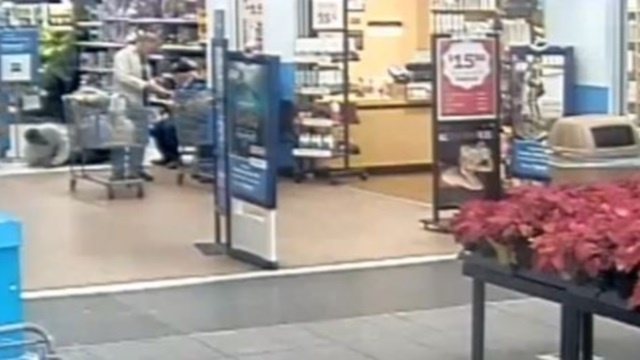 LAKE WALES, Fla. -- Authorities say a man faked a heart attack inside a Florida Wal-Mart store so his friend could steal toys. (Watch video below).

The Polk County Sheriff's office says the men filled a shopping cart with a motorized power wheel Barbie car, Leap Frog tablet and a Barbie Glam vacation house. They walked through the store together.

Video surveillance shows Dupree on the floor near the store entrance, clutching his chest. As concerned citizens checked on him, Scott walked out of the store with the cart. Dupree fakes the heart attack at about the 3:30 mark of the surveillance video below:

Once Scott was outside, Dupree got up and walked out. They left in a silver SUV, but deputies caught up with them.

It's not known whether they have attorneys.

According to CBS affiliate WKMG, deputies said Scott and Dupree have extensive criminal histories. They said Scott was recently released after serving 10 years in state prison.