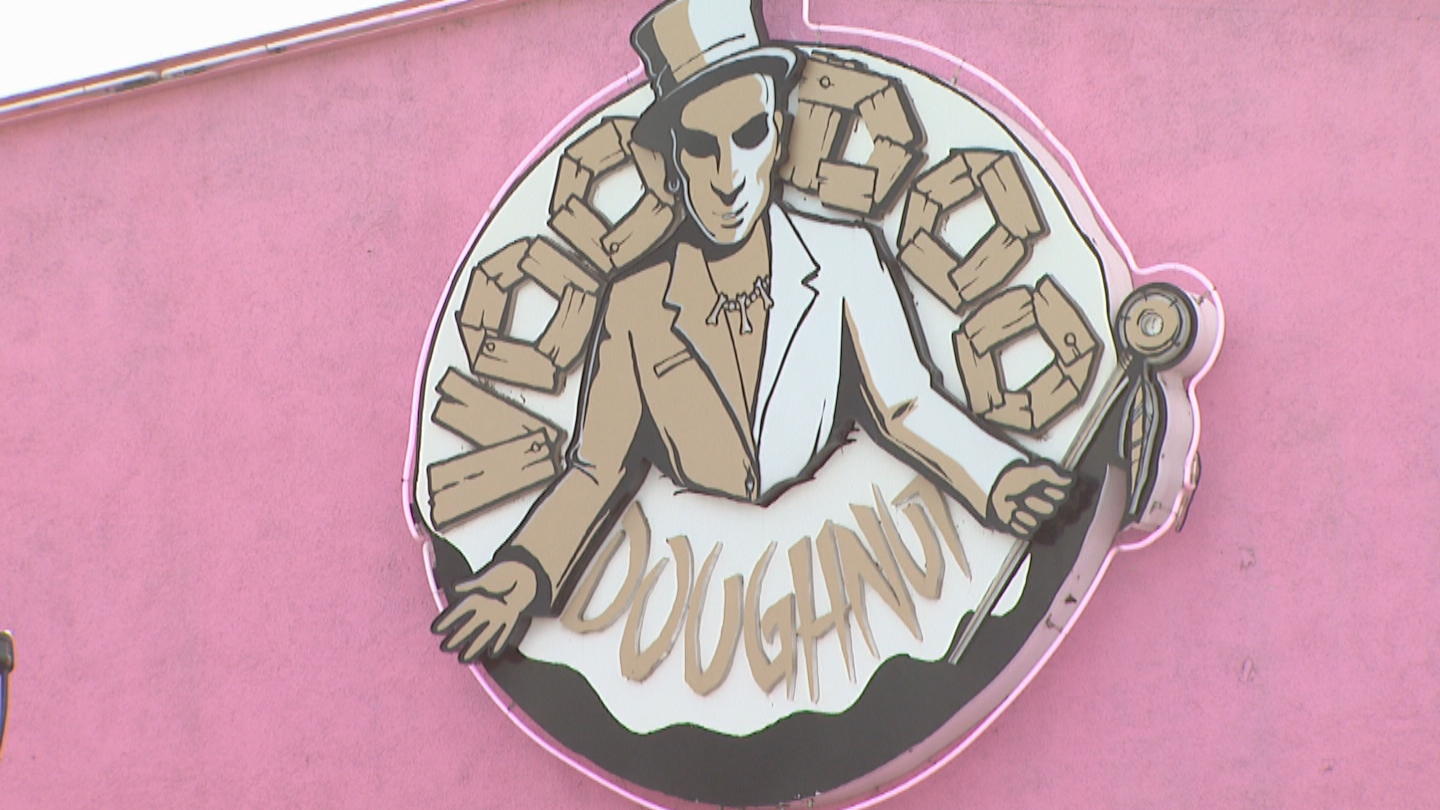 DENVER -- A man trying to eat a half-pound glazed doughnut in 80 seconds as part of a Denver doughnut shop’s eating challenge choked to death, one of two people who died in such contests this past weekend.

According to the Denver Medical Examiner’s Office, Travis Malouff, 42, died from “asphyxia, due to obstruction of the airway,” CBS Denver reports. He had been participating in a contest to eat a doughnut the “size of a small cake,” witness Julia Edelstein said Tuesday.

Winners get the doughnut for free and a button saying they won the challenge, which Voodoo Doughnuts said it was suspending, according to statement given to Denver news station KUSA-TV.

Malouff’s death came the same day as the death of a Connecticut college student in a similar, widely reported case. The student, 20-year-old Caitlin Nelson, had choked during a pancake-eating contest days earlier at Sacred Heart University in Fairfield, Connecticut.

In Denver, Edelstein said the mood was festive as she stood in line at Voodoo Doughnuts, a Portland, Oregon-based business known for its creative, colorful pastries that sell for about $3 each.

People waiting to buy a doughnut around closing time were singing and dancing along to the music playing in the shop when Edelstein heard an employee announce the challenge: “Let’s give him a round of applause.”

Malouff tore the doughnut in half and started eating it, walking around looking determined, Edelstein said. The employee announced the elapsed time: 30 seconds. Malouff took a sip of water, another bite of doughnut and then hunched over the counter and starting pounding on it, Edelstein said.

“Watching somebody participate in an eating contest, it looks like they’re distressed,” she said. “The whole thing looks like a sign of distress. Nobody realized what was happening.”

Part of the doughnut was still in Malouff’s hand when he turned away from the counter, his face blue, and collapsed. Two customers broke his fall and desperately tried to help him until paramedics arrived.

Malouff died at the scene, according to the coroner and police.

Multiple calls and emails to Voodoo Doughnuts were not immediately returned.

“We weren’t running in front of cars, we weren’t playing with guns or anything that causes death. We were just out having fun,” Edelstein said of her shock that an eating contest could turn deadly so fast.

Nobody returned phone messages left at a number listed for Malouff’s family in Alamosa, Colorado, which is listed as his hometown on Facebook.