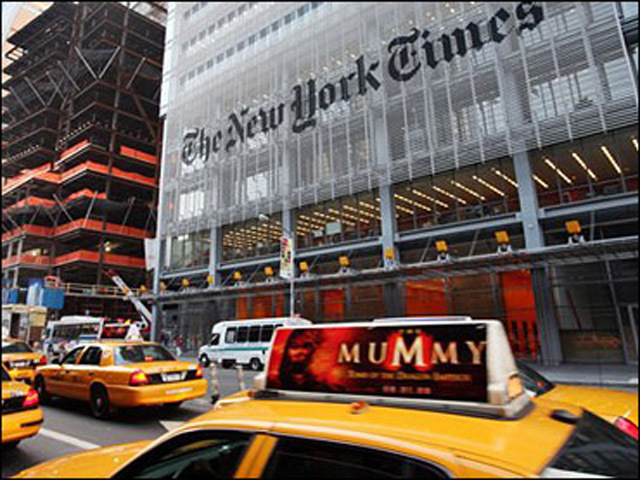 (AP) NEW YORK - A man described by police as emotionally disturbed is being evaluated after he tried to climb The New York Times' 52-story headquarters in Times Square, then said he wanted a copy of the newspaper.

The unidentified man began scaling the building at around 7 a.m. Saturday.

A police spokesman says the man got as far as the fifth floor, then came back down when officers told him to descend.

He was not injured but was taken to Bellevue Hospital for psychiatric evaluation.

The New York Post reports that the man said he climbed the building because he was looking for a copy of the newspaper.

Three men climbed the building's ladder-like facade in separate incidents in 2008. Two made it to the roof and one got to the 11th floor.