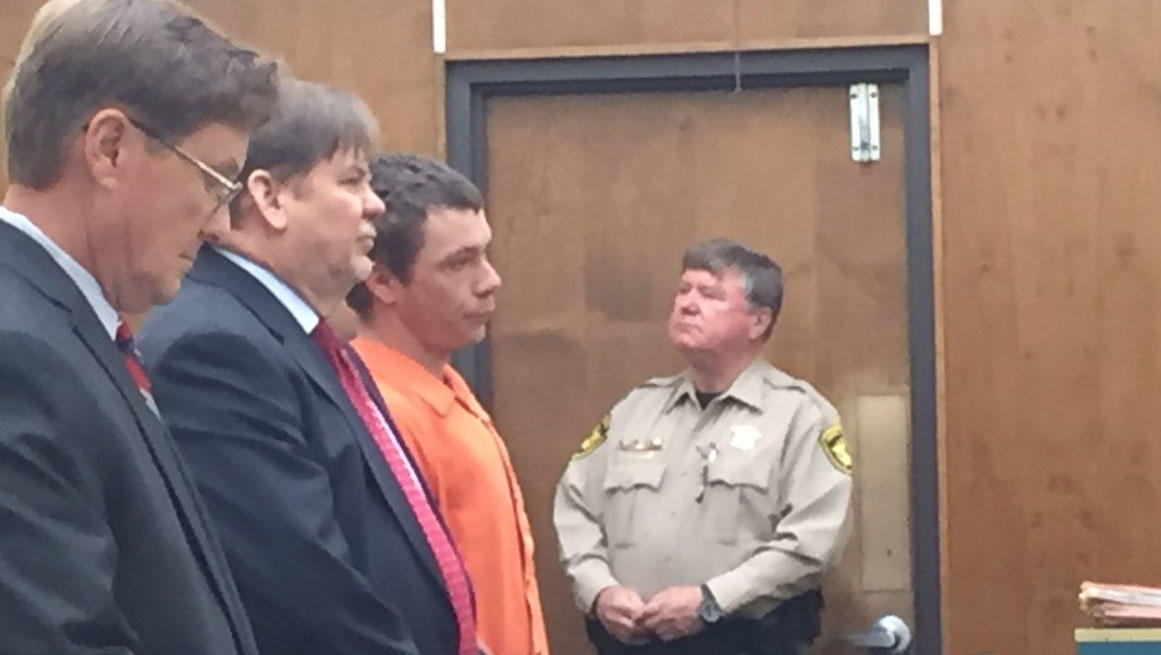 JACKSONVILLE, N.C. -- The man accused of withholding information from North Carolina law enforcement about the death of his girlfriend's young daughter said nothing about the case in court.

A judge maintained 32-year-old Earl Kimrey's bond at $1 million as Kimrey made his first appearance Monday at a hearing in Jacksonville. He wore handcuffs and an orange prison jumpsuit.

Three-year-old Mariah Woods was reported missing from her home in Jacksonville, North Carolina, around 6 a.m. Nov. 27, prompting a massive search effort involving state and local police, the FBI and hundreds of volunteers. The girl's mother said she last saw the girl around 11 p.m. the night before when she checked on her, and she said Kimrey, her live-in boyfriend, saw the child about midnight when she got up and he told her to go back to bed.

Her body was found Saturday in a creek about 25 miles from the home. Kimrey is charged with hiding the girl's body knowing she did not die of natural causes and obstruction of justice.

Authorities have divulged few specifics of the case, including how the girl died. Prosecutors say more charges are possible. They have not said if others could be charged in the case.

Kimrey's lawyer Walter Paramore said nothing in his defense. He did not comment to CBS affiliate WNCN after the hearing.

The girl's mother Kristy Woods made emotional pleas for her return before the child's body was found. The girl's father Alex Woods, who hadn't seen the girl in about a year and is involved in a custody dispute with the woman, questioned his ex-wife's version of events.

Kimrey is next due in court Dec. 18, reports WNCN.