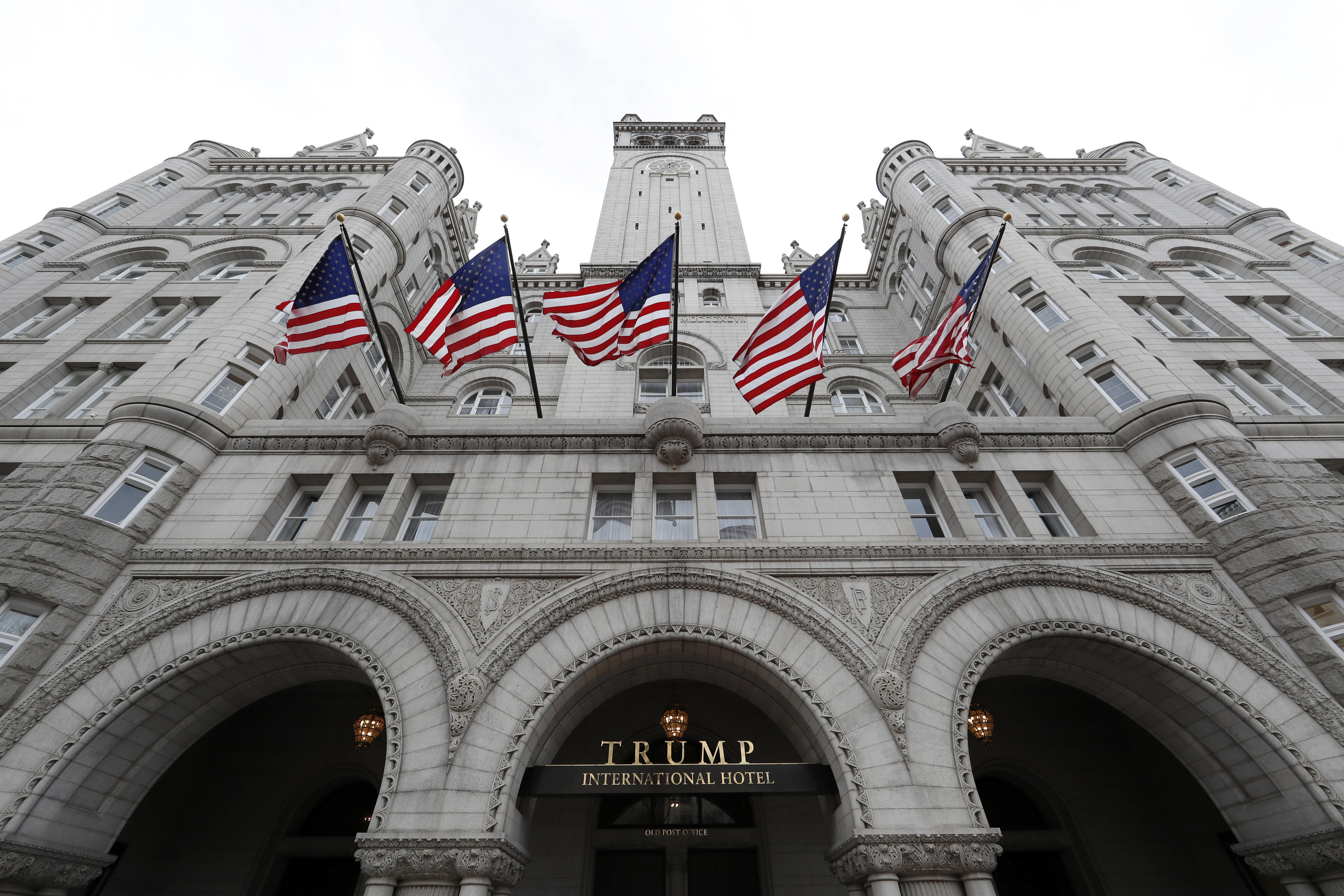 WASHINGTON -- A Pennsylvania physician who was behaving suspiciously and had made threatening remarks was arrested Wednesday at the Trump International Hotel in Washington after police found an assault-style rifle and handgun in his car, authorities said.

Bryan Moles of Edinboro, Pennsylvania, was taken into custody at the downtown hotel, where he was staying as a guest, police said. At a news conference, Metropolitan Police Department Chief Peter Newsham said his department, as well as the Secret Service, received information from the Pennsylvania State Police at about 12:30 a.m. that a tipster had reported that Moles was traveling to the Trump Hotel in Washington, armed with weapons and ammunition.

A law enforcement official told CBS News the tipster told police he had exchanged voice mails and text messages with Moles. The tipster said Moles had referenced Timothy McVeigh and said he was headed for Washington. McVeigh was convicted and executed for the 1995 bombing of the federal building in Oklahoma City, Oklahoma, which killed 168 people.

Moles, 43, checked into the hotel about 30 minutes later, Newsham said. Authorities worked with hotel security to locate Moles' car, and later, Moles himself inside the hotel.

"I was very concerned about this circumstance," Newsham said, "and I believe the officers and our federal partners, and in particular the tipster, averted a potential disaster here in our nation's capital."

A police report said authorities saw a firearm "in plain view" in Moles' vehicle and found another inside the glove compartment. Police seized a Glock 23 pistol, a Bushmaster assault-style rifle and 90 rounds of ammunition.

Newsham declined to comment on what may have motivated Moles, but Michael Ball, deputy special agent at Secret Service's Washington field office, said agents interviewed Moles and determined he "posed no threat to any Secret Service protectees."

The police chief said Moles is being interviewed, and is cooperating with authorities. Newsham added that the department does not presently have enough evidence to charge Moles with making threats, although a department spokesman earlier indicated that was part of the tip to Pennsylvania authorities.

The Secret Service and D.C. police are working to determine the nature of Moles' reference to McVeigh.

Moles is a physician who practices emergency medicine at a hospital in Erie, Pennsylvania. He is being charged with carrying a pistol without a license and having unregistered ammunition.

Hotel spokeswoman Patricia Tang said in a statement that "authorities arrested a guest who was behaving suspiciously," but referred further questions to authorities.

FBI spokeswoman Minique Crump said the agency initially responded, but referred further questions to the local police, who are taking the lead on the investigation.

Edinboro is about 100 miles north of Pittsburgh.

Trump International Hotel is located just blocks from the White House in the Old Post Office building. Mr. Trump attended the opening of the hotel just weeks before Election Day, and has dined at the property several times as president.