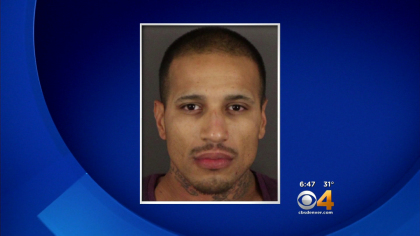 WESTMINSTER, Colo. - Authorities say they have arrested one man and are looking for another after three men were found fatally shot in a suburban Denver home.

The bodies were found Wednesday morning in Adams County after a distraught woman called 911 to report a disturbance in the home before hanging up.

Flores is in jail without bond facing first-degree murder and other charges.

O'Neill says Flores became a suspect through interviews with witnesses.

Police are still searching for 30-year-old Furmen Lee Leyba in connection with the deaths. O'Neill would not comment on a motive or identify the victims.