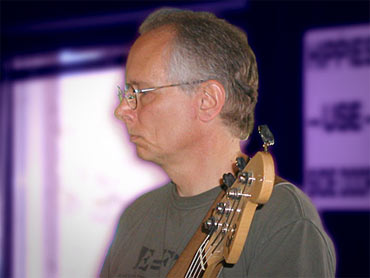 A software engineer furious with the U.S. tax agency plowed his small plane into an office building housing nearly 200 federal tax employees on Thursday, officials said, setting off a raging fire that sent workers fleeing as thick plumes of black smoke poured into the air.

Emergency crews have found two bodies in the wreckage. At least 13 people were injured, two critically.

Austin Fire Department Battalion Chief Palmer Buck said late Thursday that authorities "have now accounted for everybody," but declined to discuss the identities of those found.

Authorities said earlier that the pilot who crashed into the building was presumed dead and that one worker in the building had been missing.

A U.S. law official identified the pilot as Joseph Stack - whose home was set on fire just before the crash - and said investigators were looking at an

Federal law enforcement officials have said they were investigating whether the pilot slammed into the Austin building on purpose in an effort to blow up IRS offices. All the officials spoke on condition of anonymity because the investigation was ongoing.

"Violence not only is the answer, it is the only answer," the long note on Stack's Web site reads, citing past problems with the tax-collecting agency.

"I saw it written once that the definition of insanity is repeating the same process over and over and expecting the outcome to suddenly be different. I am finally ready to stop this insanity. Well, Mr. Big Brother IRS man, let's try something different; take my pound of flesh and sleep well," the note, dated Thursday, reads.

Despite the grim diary, Stack was described as even-tempered and unflappable by the manager of a band in which he used to play.

"He talked politics like everyone but didn't show any obsession," said Pam Parker, the manager of the Billy Eli Band.

Patrick Beach, a writer for the Austin American Statesman who practiced in a band with Stack and his wife Cheryl, says he's shocked.

"It seems extremely out of character," he told CBS News correspondent Don Teague. "He was the quintessential, stereotypical, straight-out-of-central-casting, mild-mannered, bespectacled engineer type."

At least one person who worked in the building was unaccounted for and two people were hospitalized, said Austin Fire Department Division Chief Dawn Clopton. She did not have any information about the pilot. About 190 IRS employees work in the building, and IRS spokesman Richard C. Sanford the agency was trying to account for all of its workers.

After the plane crashed into the building, flames shot out, windows exploded and workers scrambled to safety. Thick smoke billowed out of the second and third stories hours later as fire crews battled the blaze.

(CBS)
"The ceiling caved in and windows blew in. We got up and ran," said Peggy Walker, an IRS revenue officer who was sitting at her desk in the building when the plane crashed.

Andrew Jacobson was on the second floor when he heard a "big whoomp" and then a second explosion. He also thought a bomb exploded.

"When I went to look out the window I saw wreckage, wheels and everything. That's when I realized it was a plane," said Jacobson, whose bloody hands were bandaged.

Jacobson, also an IRS revenue officer, said about six people couldn't use the stairwell because of smoke and debris. He found metal bar to bust a window so the group could crawl out on a concrete ledge where they were rescued by firefighters.

Earlier Thursday, about five miles (eight kilometers) from the crash site, Stack's $232,000 home was engulfed in flames. Two law enforcement officials said Stack had apparently set fire to his home before the crash.

The roof of Stack's red brick home on a tree-lined street in a middle-class neighborhood was mostly caved in, and the home's windows were blown out. The garage doors were open and a big pile of debris was inside.

Elbert Hutchins, who lives one house away, said a woman and her teenage daughter drove up to the house before firefighters arrived.

Red Cross spokeswoman Marty McKellips said the agency was treating two people who live in the house. She said they would not be commenting.

Federal Aviation Administration spokesman Lynn Lunsford said the pilot took off from nearby Georgetown but didn't file a flight plan. FAA records show that a Piper PA-28 Cherokee with the same tail number as the plane that flew into the building is registered to Joseph A. Stack.

The Georgetown airport was later evacuated and a bomb squad was on the scene. However, federal authorities told CBS News the airport was declared all clear and no bomb was found in Stack's vehicle.

"We are treating this very seriously," says one official. As well as local officials, the FBI and ATF have bomb technicians on the scene.

Those who saw the plane before it slammed into the building were stunned to see it flying so low.

"It was insane," said Matt Farney, 39, who was in the parking lot of a nearby Home Depot. "It didn't look like he was out of control or anything."

Reginaldo Tiul-Tiul, a dishwasher at the nearby Sushi Sake Japanese Cuisine, said he had just gotten off a bus and was waiting to go into work when he saw the plane crash.

"I looked at my co-worker and said, 'Why is that plane so low?"' Tiul-Tiul, 30, said in Spanish. "It went straight for the building."

Sitting at her desk in another building about a half-mile (less then one kilometer) from the crash, Michelle Santibanez said she felt vibrations. She and her co-workers ran to the windows, where they saw a scene that reminded them of the Sept. 11, 2001 U.S. terror attacks, she said.

The National Transportation Safety Board said an investigator from the board's Dallas office has been dispatched to the scene of the crash. The White House also said President Barack Obama was briefed about the crash.

As a precaution, the Colorado-based North American Aerospace Defense Command launched two F-16 aircraft from Houston's Ellington Field, and is conducting an air patrol over the crash area.

According to California Secretary of State records, Stack had a troubled business history, twice starting software companies in California that ultimately were suspended by the state's Franchise Tax Board.

In 1985, he incorporated Prowess Engineering Inc. in Corona. It was suspended two years later. He started Software Systems Service Corp. in Lincoln in 1995 and that entity was suspended in 2001. Stack listed himself as chief executive officer of both companies.

Correction: A previous version of this story ran a quote falsely attributed to DHS Spokesman Matt Chandler saying the Austin plane crash was equal to the Fort Hood killings.