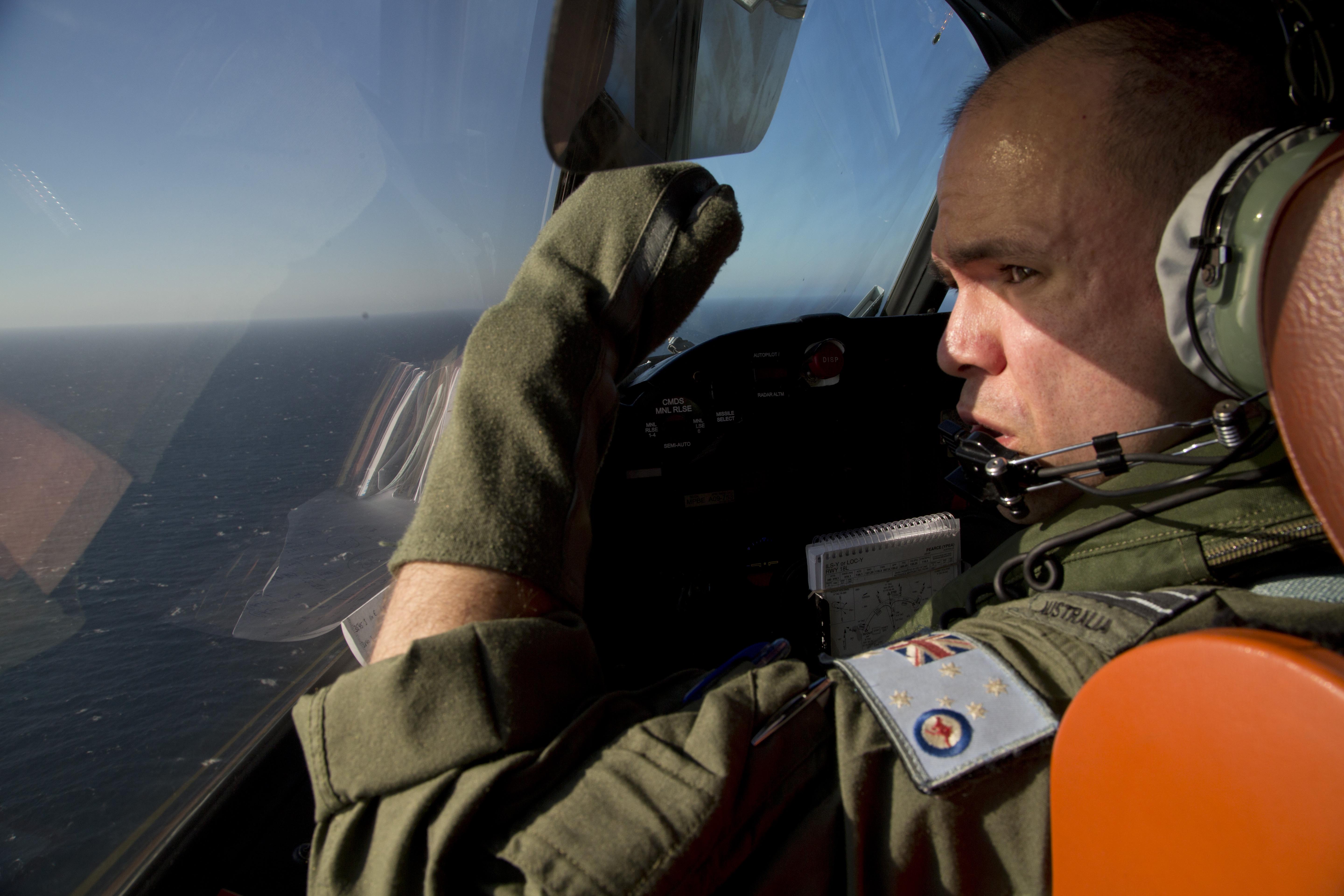 PERTH, Australia -- Hints about the lost Malaysian jetliner piled up Thursday, but there was precious little chance to track them down. Bad weather cut short the hunt for possible debris fields from the aircraft as satellite data revealed hundreds more objects that might be wreckage.

Not one piece of debris has been recovered from the plane that went down in the southern Indian Ocean on March 8. For relatives of the 239 people aboard Malaysia Airlines Flight 370, it was yet another agonizing day of waiting.

"Until something is picked up and analyzed to make sure it's from MH370 we can't believe it, but without anything found it's just clues," Steve Wang, whose 57-year-old mother was aboard the flight, said in Beijing. "Without that, it's useless."

Japan said it provided Malaysia with information from satellite images taken Wednesday showing about 10 objects that might be debris from the plane, with the largest measuring about 13 feet by 26 feet. The objects were located about 1,560 miles southwest of Perth, Japan's Cabinet Intelligence and Research Office said.


A Thai satellite also spotted about 300 objects, ranging from 6 feet to 53 feet long, about 1,675 miles southwest of Perth, said Anond Snidvongs, director of Thailand's space technology development agency. He said the images, taken Monday by the Thaichote satellite, took two days to process and were relayed to Malaysian authorities on Wednesday.

The objects were about 125 miles southwest of the area where a French satellite on Sunday spotted 122 objects. It's unknown whether the satellites detected the same objects; currents in the ocean can run about 2.2 mph and wind also could move material.

However, when asked about the objects spotted on satellite, one expert told CBS News it was "highly likely that it is trash and not evidence of the plane."

Charles Moore, who's been studying ocean trash for nearly 20 years at the Algalita Marine Research Institute in Long Beach, Calif., points out that there are "thousands of shipping containers lost overboard every year" in that part of the Indian Ocean. The objects could even be from the 2004 tsunami in Indonesia, Moore added.

The announcements came after the Australian Maritime Safety Authority said it had to pull back all 11 planes scheduled to take part in the search Thursday because of heavy rain, winds and low clouds. Five ships continued the hunt.

All but three of the planes - a U.S. Navy P-8 Poseidon, a Japanese P-3 Orion and a Japanese Gulfstream jet - reached the search zone, about 1,550 miles southwest of Perth, before the air search was suspended, AMSA spokesman Sam Cardwell said.

They were there "maybe two hours" and found nothing, Cardwell said. "They got a bit of time in, but it was not useful because there was no visibility."

In a message on its Twitter account, AMSA said the bad weather was expected to last 24 hours.

Planes have been flying out of Perth for a week, seeing a few small objects that might or might not be from the plane and nothing of the possible debris fields viewed by the Thai and French satellites. Even the few objects the planes saw seemed to vanish when aircraft went back for another look.

If and when any bit of wreckage from Flight 370 is recovered and identified, searchers will be able to narrow their hunt for the rest of the Boeing 777 and its black boxes, which could solve the mystery of why the jet flew so far off-course. The plane was supposed to fly from Kuala Lumpur, Malaysia, to Beijing but turned away from its route soon after takeoff and flew for several hours before crashing.

Malaysian officials said earlier this week that satellite data confirmed the plane crashed into the southern Indian Ocean. On Thursday, Malaysia Airlines ran a full-page condolence advertisement with a black background in a major Malaysian newspaper.

"Our sincerest condolences go out to the loved ones of the 239 passengers, friends and colleagues. Words alone cannot express our enormous sorrow and pain," read the advertisement in the New Straits Times.

The extreme remoteness of the search area, its frequent high seas and bad weather all complicate the search.

"This is a really rough piece of ocean, which is going to be a terrific issue," said Kerry Sieh, director of the Earth Observatory of Singapore. "I worry that people carrying out the rescue mission are going to get into trouble."

Malaysia has been criticized over its handling of one of the most perplexing mysteries in aviation history. Much of the most strident criticism has come from relatives of the Chinese passengers, some of whom expressed outrage that Malaysia essentially declared their loved ones dead without recovering a single piece of wreckage.

China dispatched a special envoy to Kuala Lumpur, Vice Foreign Minister Zhang Yesui, to deal with the crisis. Zhang met with Malaysian Defense Minister Hishammuddin Hussein on Wednesday and received a briefing on the satellite data that "led to the conclusion that MH370 ended in the southern Indian Ocean," Malaysia's Ministry of Transport said in a statement.

On Thursday, Malaysian officials met with China's ambassador to Malaysia, Huang Huikang, "to request the government of China to engage and clarify the actual situation to the affected families in particular and the Chinese public in general," the statement said.

Officials still don't know why Flight 370 disappeared. Investigators have ruled out nothing - including mechanical or electrical failure, hijacking, sabotage, terrorism or issues related to the mental health of the pilots or someone else on board.

On Wednesday, FBI Director James Comey told members of Congress that his investigators should finish in a day or two their analysis of electronics owned by the pilot and co-pilot, work that includes trying to recover files deleted from a home flight simulator used by Capt. Zaharie Ahmad Shah.

Some speculation has focused on Zaharie and his state of mind, but his son, in an interview published Thursday in the New Straits Times, rejected the idea that his father might be to blame.

"I've read everything online. But I've ignored all the speculation. I know my father better," Ahmad Seth said.