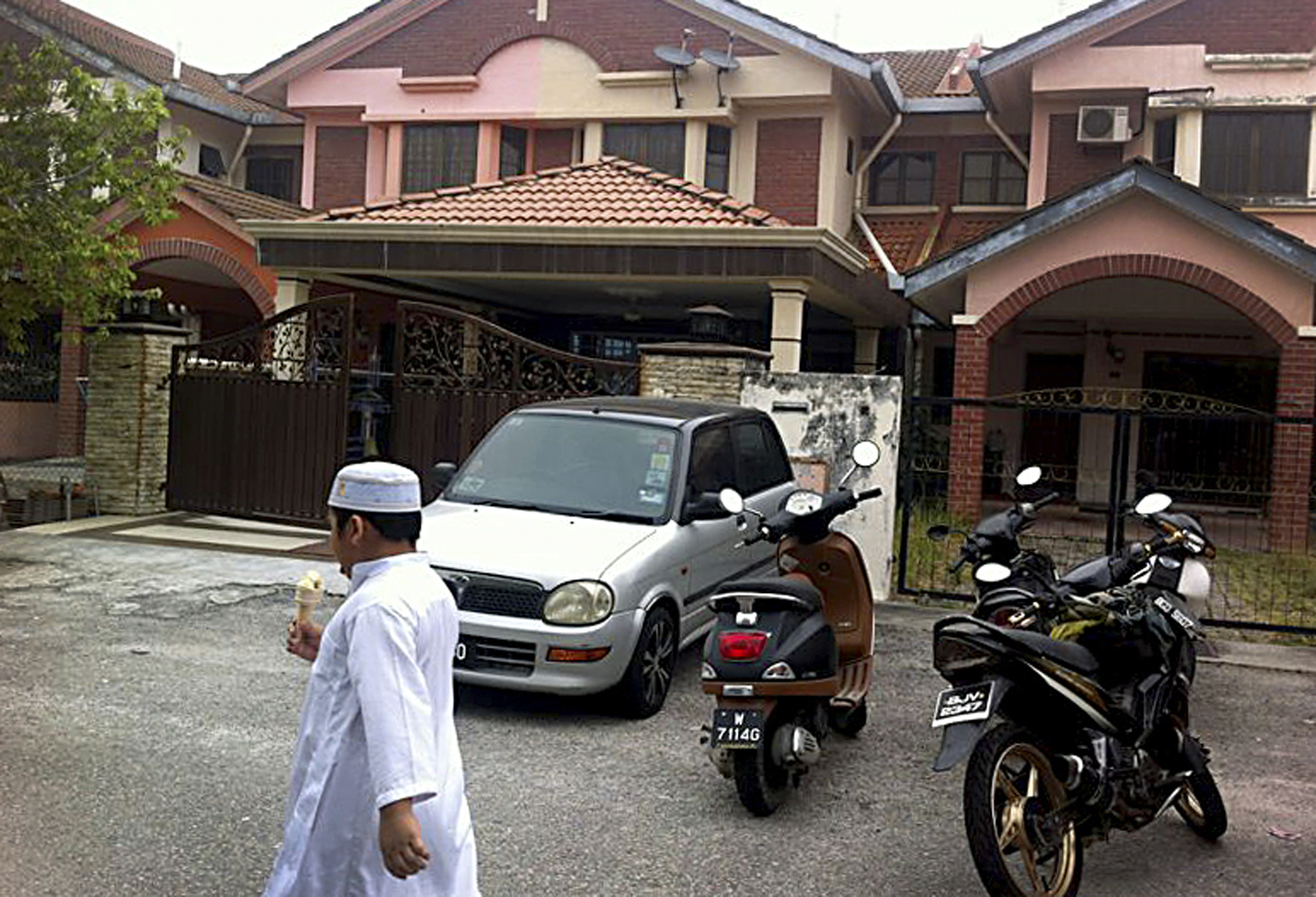 KUALA LUMPUR, Malaysia -- The pilots of the missing Malaysia Airlines passenger jet were a middle-aged family man passionate enough about flying to build his own simulator and a 27-year-old contemplating marriage who had just graduated to the cockpit of the Boeing 777.

As speculation intensified Friday that the plane might have been hijacked by a person or people with aviation skills, a picture began to emerge of the two men whose actions will be a focus of the investigation. Police have said they are looking at the psychological background of the pilots, their family life and connections as one line of inquiry into flight MH370's disappearance, but there is no evidence linking them to any wrongdoing.

The search for the Boeing 777 with 239 people on board has been widened westward from the Gulf of Thailand toward the Indian Ocean. A United States official has told The Associated Press that the plane sent signals to a satellite for about four hours after it lost radar contact a week ago. The airliner vanished less than an hour into a 6-hour flight from Kuala Lumpur to Beijing early on Mar. 8.

CBS News' Bob Orr reported Thursday that two communication systems on Malaysia Airlines Flight 370 were shut down separately in the moments before the flight disappeared from radar on Saturday; a data system and two transponders which relayed information about the jet's speed, altitude and location.

While a cascading electrical problem could feasibly cause that kind of staged electrical failure, Orr said it's also entirely possible somebody on the plane intentionally turned off the systems.

Online, Malaysians have rushed to defend the reputations of the pilots, Zaharie Ahmad Shah, 53, and Fariq Abdul Hamid. Both men were described to The Associated Press as respectable and community minded. Details of their backgrounds have emerged from interviews with neighbors, Malaysia Airlines staff, a religious leader and from social networks and news reports in Malaysia and Australia.

Fariq is a "good boy, a good Muslim, humble and quiet," said Ahmad Sarafi Ali Asrah, the head of a community mosque about 100 meters from Fariq's two-story home in a middle class neighborhood on the outskirts of Kuala Lumpur.

He described Fariq's parents as distraught and the community solidly behind them, supporting the family in prayers.

"His father still cries when he talks about Fariq. His mother too," said Ahmad Sarafi.

Fariq, the son of a high-ranking civil servant in Selangor state, joined Malaysia Airlines in 2007. With just 2,763 hours of flight experience he had only recently started co-piloting the sophisticated Boeing 777.

He had a short brush with fame when he was filmed recently by a crew from "CNN Business Traveler." Reporter Richard Quest called it a perfect landing of a Boeing 777-200, the same model of the twin-aisle plane that went missing. An online tribute page to the pilots shows a photo of Fariq in the cockpit with Quest, both smiling.

Neighbor Ayop Jantan said he had heard that Fariq was engaged and planning his wedding. The eldest of five children, his professional achievements were a source of pride for his father, said Ayop, a retiree.

Fariq's superior, Zaharie, joined Malaysia Airlines in 1981 and has more than 18,000 flight hours.

His Facebook page shows an avid aviation enthusiast, who flew remote-controlled aircraft, posting pictures of his collection which included a lightweight twin-engine helicopter and an amphibious aircraft.

Born in northern Penang state, the bald-headed captain and grandfather is also an enthusiastic handyman and proud home cook. As part of what he called "community service," he had posted several YouTube videos including how to make air conditioners more efficient to cut electricity bills, how to waterproof window panes and how to repair a fridge icemaker.

A Malaysian Airline stewardess who had flown with Zaharie several times said he was "very nice, very friendly and safety-conscious." She didn't want to be named because of company policy prohibiting employees from speaking to the media.

Neighbors of both men also praised their commitment to the community. Fariq played futsal, a modified form of soccer popular in Southeast Asia, with neighborhood youngsters and paid for their sports shirts. Zaharie was known for bringing food he cooked himself to community events or making sure his wife and children did when he couldn't attend. A supporter of Malaysia's main opposition parties, he had volunteered to be a poll monitor in recent elections.

Yet both Fariq and Zaharie have quirks that reveal a more colorful side to their pilot personas.

Grabbing attention were pictures Zaharie posted online of a flight simulator he had built for his home using three large computer monitors and other accessories.

Malaysia Airlines has leapt to his defense. Asked at a news conference if pilots are allowed such equipment, CEO Ahmad Jauhari Yahya said "everyone is free to do his own hobby."

Zaharie is certified by Malaysia's Department of Civil Aviation as a flight simulator examiner, according to Malaysia Airlines.

Fariq has drawn greatest scrutiny after the revelation he and another pilot invited two women boarding their aircraft to sit in the cockpit for a flight from Phuket, Thailand to Kuala Lumpur in 2011.

During the flight, the pilots smoked and flirted, one of the women, South African Jonti Roos, said in an interview broadcast by Australia's Nine Network. The claims were backed with numerous photos showing Roos and her friend posing in the cockpit and ensuing Facebook messages inviting the women to stay in Malaysia.

Though initially thrilled by the experience, Roos also described it as "possibly a little bit sleazy."

Malaysia Airlines said it was shocked by the claims and investigating.

"I don't think he is a playboy," said Ahmad Sarafi, the imam at the mosque Fariq prayed at. "But I don't know about his personal life."