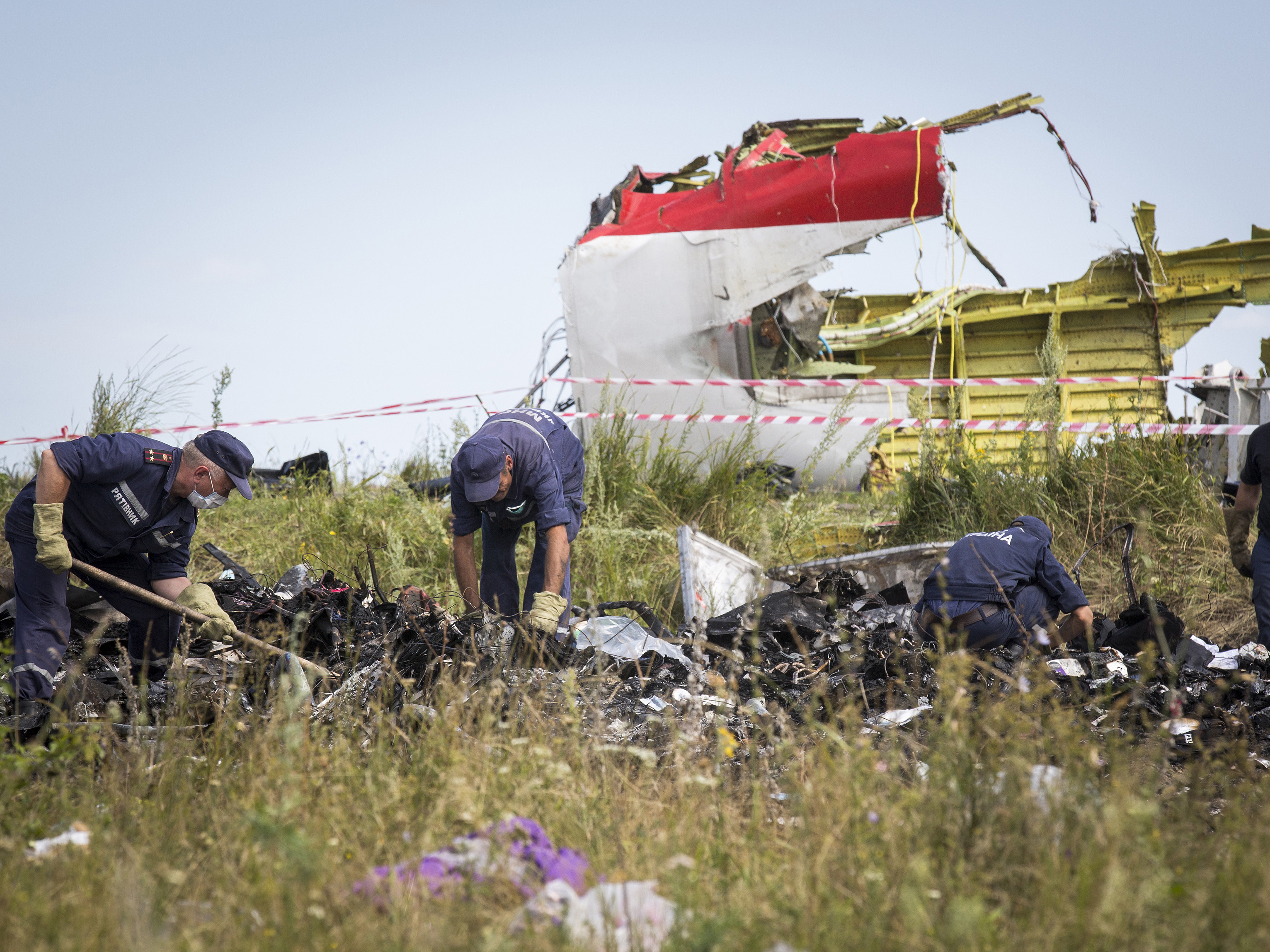 Eastern Ukraine is the site of the world's largest crime scene, but by Sunday that scene had lost any semblance of integrity, according to CBS News' team on the ground.

When international investigators finally do arrive, it will bear little resemblance to the initial crash site. Emergency workers have been sifting through the charred wreckage of Malaysia Airlines Flight 17, which was shot down Thursday by a missile with 298 people on board, tossing items around and trampling through debris and human remains.

On Sunday morning, the site was guarded by the Berkut, the former Ukrainian special police who were officially disbanded after they killed nearly 100 protesters in Kiev but quickly decamped and regrouped in eastern Ukraine and Crimea.

However, after the departure of OSCE (Organization for Security and Cooperation in Europe) monitors, who were present at the scene Sunday, the Berkut became less visible. Journalists and residents - really anyone - have been roaming the fields, able to pick up personal effects, pieces of plane debris - evidence - and just walk away with them.

The first attempts at organizing an inquest by an advance team from the OSCE were resisted by the militia groups that control the site. The rebel leadership had promised cooperation, but that message didn't seem to reach the people on the ground who allowed only restricted, closely supervised access in the initial days after the crash.

In a key development Sunday, the rebels removed roughly 200 bodies from the fields because they had begun to bloat and decompose, placing them in refrigerated train cars. The rebel leader in Donetsk, Alexander Borodai, also said separatist forces had recovered the flight's black boxes. Both the black boxes and the victims' remains were under rebel control, though Borodai said they would be turned over the International Civil Aviation Organization when they arrived.

However, even if that happens and independent investigators get unfettered access to the crash site, it could prove only marginally useful in establishing who is responsible for the missile strike.

"Much has been made about the black boxes," CBS News correspondent Bob Orr said on "Face the Nation" Sunday. "The fact of the matter is the black boxes can do very little here, other than to confirm it was a normal flight and then we had a sudden cessation of data consistent with a high-altitude explosion."

Orr and CBS News national security contributor Mike Morell, the former CIA deputy director, agreed any definitive conclusions will have to come from intelligence-gathering rather than evidence from the crash scene.

The latest intelligence, combined with the fact that U.S. officials are confident they know where all the SA-11's belonging to the Ukrainian military are located, adds to what Secretary of State John Kerry called an "enormous amount of evidence" pointing to Russian involvement.

Kerry called for a full investigation with international investigators and trained personnel that can "draw the appropriate conclusions" and prevent a "he-said-she-said, finger-pointing back-and-forth" about who is responsible.

However, underscoring the point that the crash scene may be of limited value, especially considering its having been under pro-Russian control for days, Orr said:

"That missile launcher is long gone. It's not there anymore. And that wreckage has been picked through and cherry-picked to a degree that Mr. Putin can leave the rest of it there and it can't tell us a definitive story. So this has already been corrupted to the point where the physical side of this is even less important than it would have been otherwise."