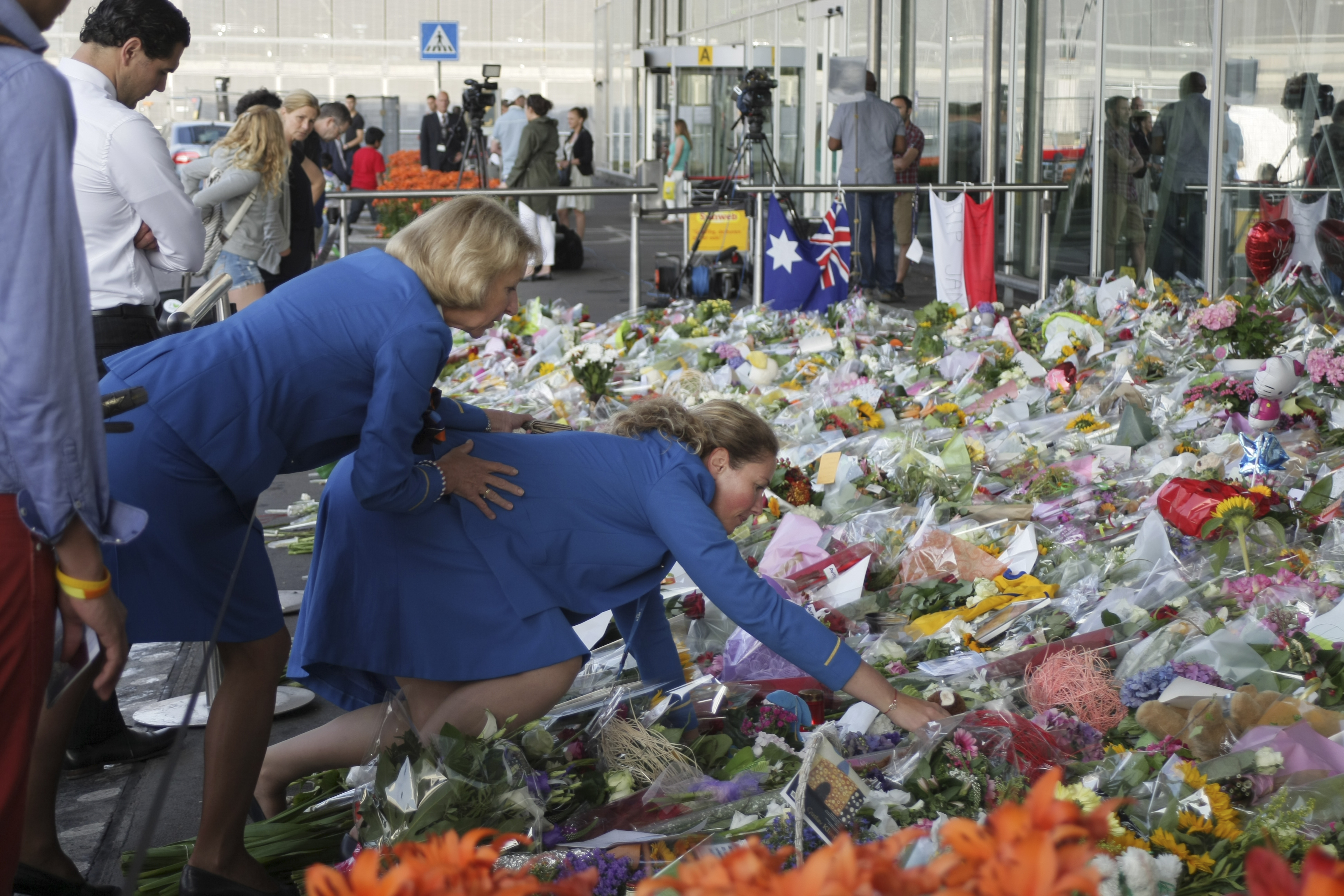 THE HAGUE, Netherlands -- The Dutch government has declared Wednesday a day of national mourning as the country prepares for the arrival of the first bodies of victims of the downed Malaysia Airlines Flight 17.

The country's king and queen will be at an air base in Eindhoven to greet two military planes that are scheduled to arrive around 4 p.m. Wednesday carrying the first victims' remains.

The government said that church bells can be rung during the day and for the five minutes preceding the flights' arrival. Dignitaries will then observe a minute's silence and "everybody can join in."

Bodies of those killed in the crash reached Ukrainian government-controlled territory Tuesday, leaving a war zone en route to the Netherlands after delays and haphazard treatment that put pressure on the Europeans to inflict tougher pressure on Russia.

Mourners have been leaving flowers and candles at a makeshift memorial at Amsterdam's Schiphol airport, where Flight 17's passengers boarded the doomed plane.

But the victims' families say they need more than condolences.

"I want a funeral, I want to arrange a funeral, I can't. I don't know where they are," a distraught mother told CBS News correspondent Elizabeth Palmer. "I want them back, I want my children back.

On Monday, the families and friends of Dutch citizens killed in the crash poured out their grief and anger at a meeting with their monarch and political leaders.

"This terrible disaster has left a deep wound in our society," a somber King Willem-Alexander said after meeting the next of kin at a private meeting. "The scar will be visible and tangible for years to come."

The heartbroken father of a 17-year-old Dutch girl who died in the crash of Malaysia Airlines 17 wrote an open letter to Russian President Vladimir Putin, excoriating him "for murdering my dear and only child."

Elsemiek de Borst was on her way to Malaysia on vacation with her mother, stepfather and little brother when the Boeing 777 was shot down Thursday, said her father, Hans de Borst.

In an open letter posted on Facebook, de Borst blasted Putin and the leaders of the pro-Russian separatists in Ukraine, blaming them for his daughter's death.

"Thank you, Mr. Putin, separatist leaders of the Ukrainian government, for murdering of my dear and only child, Elsemiek de Borst!" the post said.