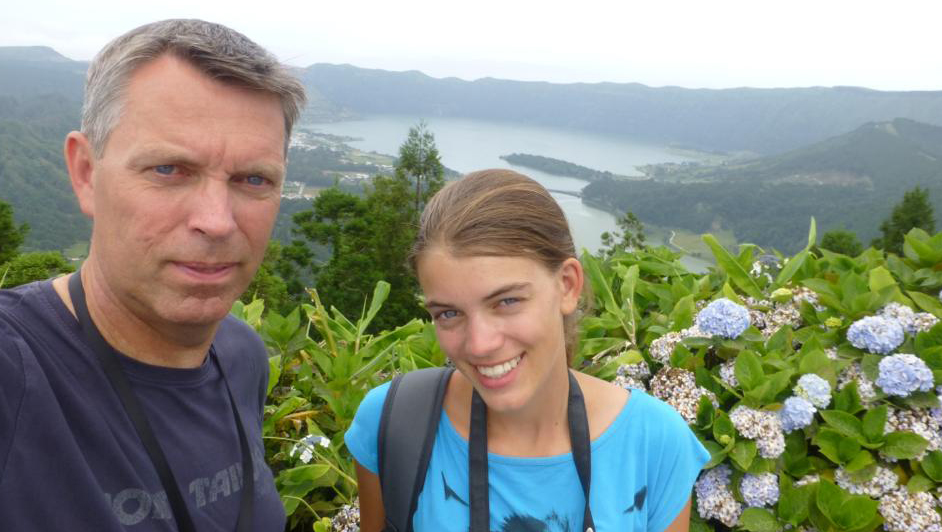 The heartbroken father of a 17-year-old Dutch girl who died in the crash of Malaysia Airlines 17 has written an open letter to Russian President Vladimir Putin, excoriating him "for murdering my dear and only child."

Elsemiek de Borst was on her way to Malaysia on vacation with her mother, stepfather and little brother when the Boeing 777 was shot down Thursday, killing all on board, said her father, Hans de Borst.

In an open letter posted on Facebook, de Borst blasted Putin and the leaders of the pro-Russian separatists in Ukraine, blaming them for his daughter's death.

"Thank you, Mr. Putin, separatist leaders of the Ukrainian government, for murdering of my dear and only child, Elsemiek de Borst!" the post began.

Elsemiek was an excellent student at her high school in The Hague, her father said, writing in Dutch. She wanted to go to Delft University of Technology to study engineering.

"But suddenly she is not here anymore! She has been shot out of the sky, in an unknown country, where there is a war going on!" the anguished father wrote.

"I hope you're proud to have shot her, among other, young life and future. And that you will be able to look at yourself in the mirror tomorrow morning," he said.

De Borst said he hoped Putin would take the initiative and send the Russian military to guard the crash site in rebel-held territory in eastern Ukraine "so the Dutch investigators can do their job."

He signed the letter "Elsemiek's father Hans de Borst ... whose life is ruined."

De Borst is one of many Dutch who lost relatives in the crash and are expressing outrage at Putin and demanding the return of their loved ones' remains.

Mourners have been leaving flowers and candles at a makeshift memorial at Amsterdam's Schiphol airport, where Flight 17's passengers boarded the doomed plane.

But the victims' families say they need more than condolences.

"I want a funeral, I want to arrange a funeral, I can't. I don't know where they are," a distraught mother told CBS News correspondent Elizabeth Palmer. "I want them back, I want my children back.

A train carrying bodies finally left the crash scene in rebel-held eastern Ukraine on Monday, but despairing family members still don't know when the remains will be repatriated.

"Give the bodies back, please," said a sobbing father.