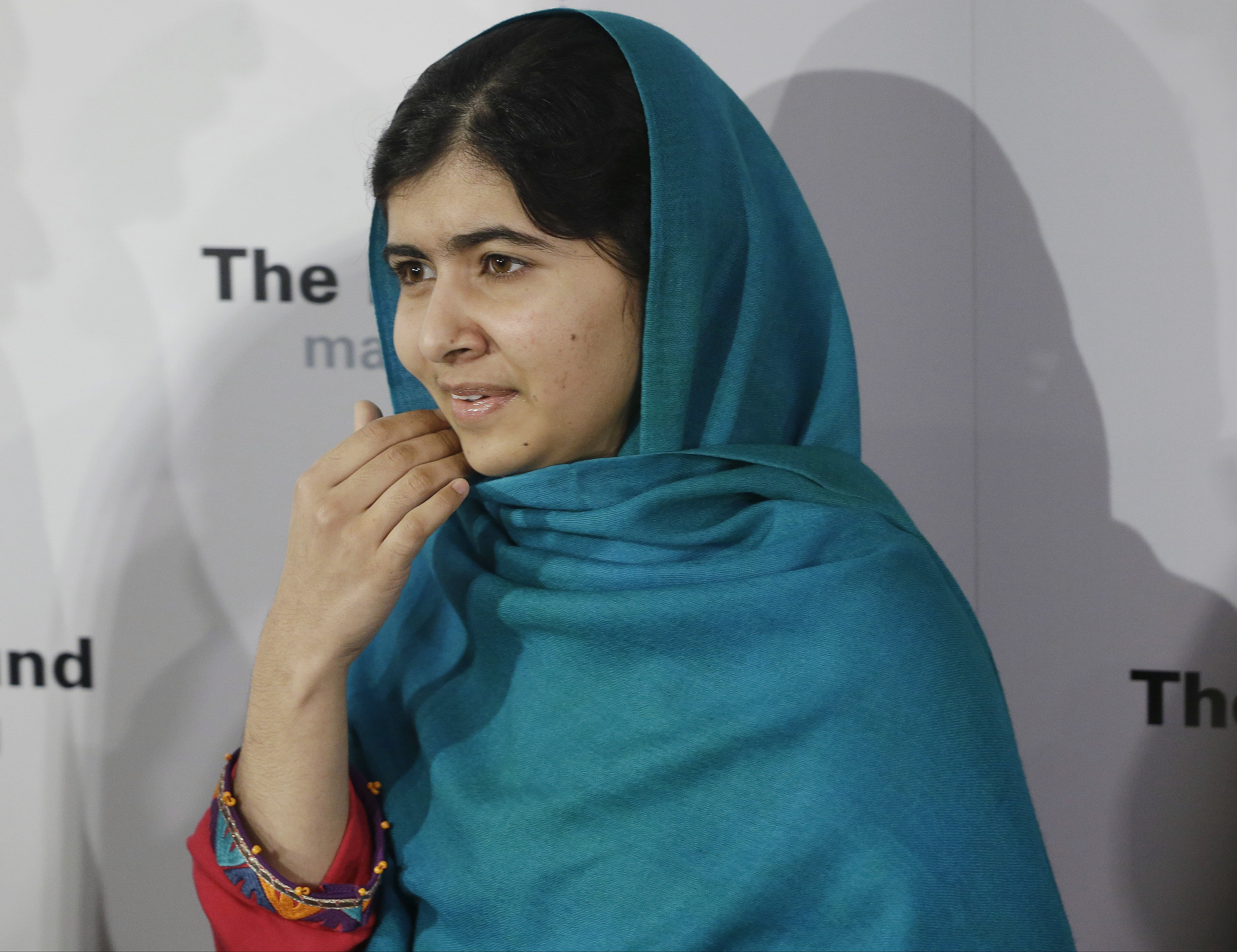 NEW YORK A defiant 16-year-old Pakistani girl whose advocacy for education made herthe target of a Taliban assassination attempt a year and a day ago told an audience in New York on Thursday she one day hopes to one day become her country's prime minister.

Malala Yousafzai made her comments in an interview with CNN's chief international correspondent Christiane Amanpour. She spoke a few hours after she was awarded Europe's top human rights prize and on the eve of the awarding of the Nobel Peace Prize, for which she is considered a likely contender.

"I can spend much of the budget on education," Malala said to applause and laughter as she sat next to her father, human rights activist Ziauddin Yousafzai, the founder of an all-girls school in Pakistan.

In a wide-ranging interview to be broadcast Sunday, Malala recounted the moment she was shot while sitting in the back of a vehicle traveling home from school and reiterated that she was not intimidated by threats.

"I'm never going to give up," Malala said when asked about repeated death threats made against her by the Taliban.

"They only shot a body but they cannot shoot my dreams."

On Oct. 9, 2012, a masked gunman jumped into a pickup truck taking girls home from the school and shouted "who is Malala" before shooting her in the head.

Her father asked his brother-in-law to prepare a coffin. But Malala woke up a week later at a hospital in Birmingham, England, and gradually regained her sight and her voice.

She said Thursday her first thought was of two friends she was with who were also injured in the attack.

"If I was shot that was fine for me but I was feeling guilty that they have been the target," she said.

The world's horrified reaction to the attack led to the creation of Malala Fund, which campaigns for girls' education around the world. Malala has received multiple awards, including the $65,000 Sakharov Award, which she was awarded just hours before her interview.

The assassination attempt drew worldwide attention to the struggle for women's rights in Pakistan. Malala addressed the United Nations on her 16th birthday, and she expects to meet with Queen Elizabeth II later this month.

The Nobel Peace Prize committee will say only that a record 259 candidates, including 50 organizations, have been nominated this year. Speculation on front-runners for Friday's announcement is primarily based on previous choices and current events.

Malala said Thursday it would a "great honor and more than I deserve" to win the accolade, but insisted she still had more to do before she felt she'd truly earned it.

Malala's father said he didn't regret how outspoken his precocious only daughter has been since she was 11 years old, when she first started blogging and speaking out against the denial of education to young girls in Pakistan's Swat Valley.

"I will never put my head into the yoke of slavery," he said.

Malala spoke passionately Thursday against forced marriages and the denial of education to girls and boys throughout the world.

She urged young girls in the developed world to take advantage of their education - and to do their homework and be kind to their teachers.

"I would like to tell all the girls: Realize its importance before it is snatched from you," she said.

Malala lives with her family in Birmingham, England. She said that while in Pakistan she liked to listen to Justin Beiber, but now longs for the Pashto music of her homeland.