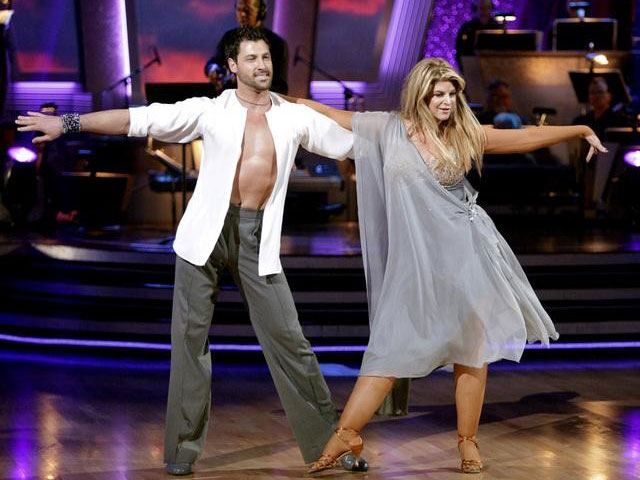 (CBS) Maksim Chmerkovskiy has apologized for the fall that he and Kirstie Alley took during Monday night's "Dancing with the Stars."

"To all the fans...I'm sorry! It will never happen again and I will never 'fall'!" he tweeted after the show. "To @kirstiealley You were..FLAWLESS! In more ways than one!"

Pictures: "Dancing with the Stars" Season 12
Kirstie Alley takes a tumble on "DWTS"

During the pair's rumba, the "DWTS" pro's leg appeared to give out on him, sending both of them to the ground. Both got up right after - with Chmerkovskiy wincing in pain - and continued the routine.

After the show, the actress told People magazine that the idea of messing up on live television doesn't seem so scary now that it has happened to her.

"There's something exciting about live TV," she said. "I'm so scared because something can happen and now that it's happened, I'm like, 'so what?'"

On Tuesday, she tweeted again, promising she would work harder from now on.

She posted: "Maks is too humble.. we all know it takes TWO to Tango..on our feet or on our asses...it takes TWO ..I will do better from now on...xoxo"