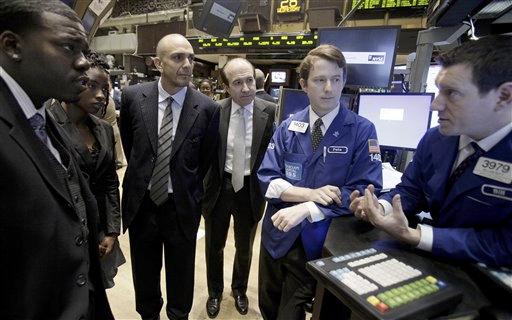 "Make and take meals" are dinner entrees that are prepared in advance, frozen, and used whenever there's no time to cook from scratch, reports Gretchen Carlson on The Early Show.

That's how it works at Let's Dish, a Minneapolis-area make and take meal establishment where customers become chefs and personally assemble a variety of dinners for their families.

Customers first log on to the company Web site, where they can register and select up to 12 meals from a monthly menu, each serving four to six people. The nutritional information for each meal, like calories, are available online.

Once in the store, several stations can be found, all containing the ingredients needed to prepare each meal.

The food is already sliced and diced, and the measures are set out right in front of you.

Recipes guide you, and staffers handle the clean up.

So whether the family wants creamy mushroom lasagna, garlic and chicken with pasta or decadent molten chocolate cake, customers at Let's Dish leave with coolers packed with enough frozen dinner entrees to last a month.

Dream Dinners, the Seattle-area based business that started the trend in 2002, now boasts nearly 30 locations in 15 states.

Scaled-down versions of the make and take trend are also being run out of people's homes.

Samira Khoshkolgh, for instance, hosts a weekly make and take get-together. At the end of the night, everyone gets a guilt-free night out - and goes home with 10 meals for their family.