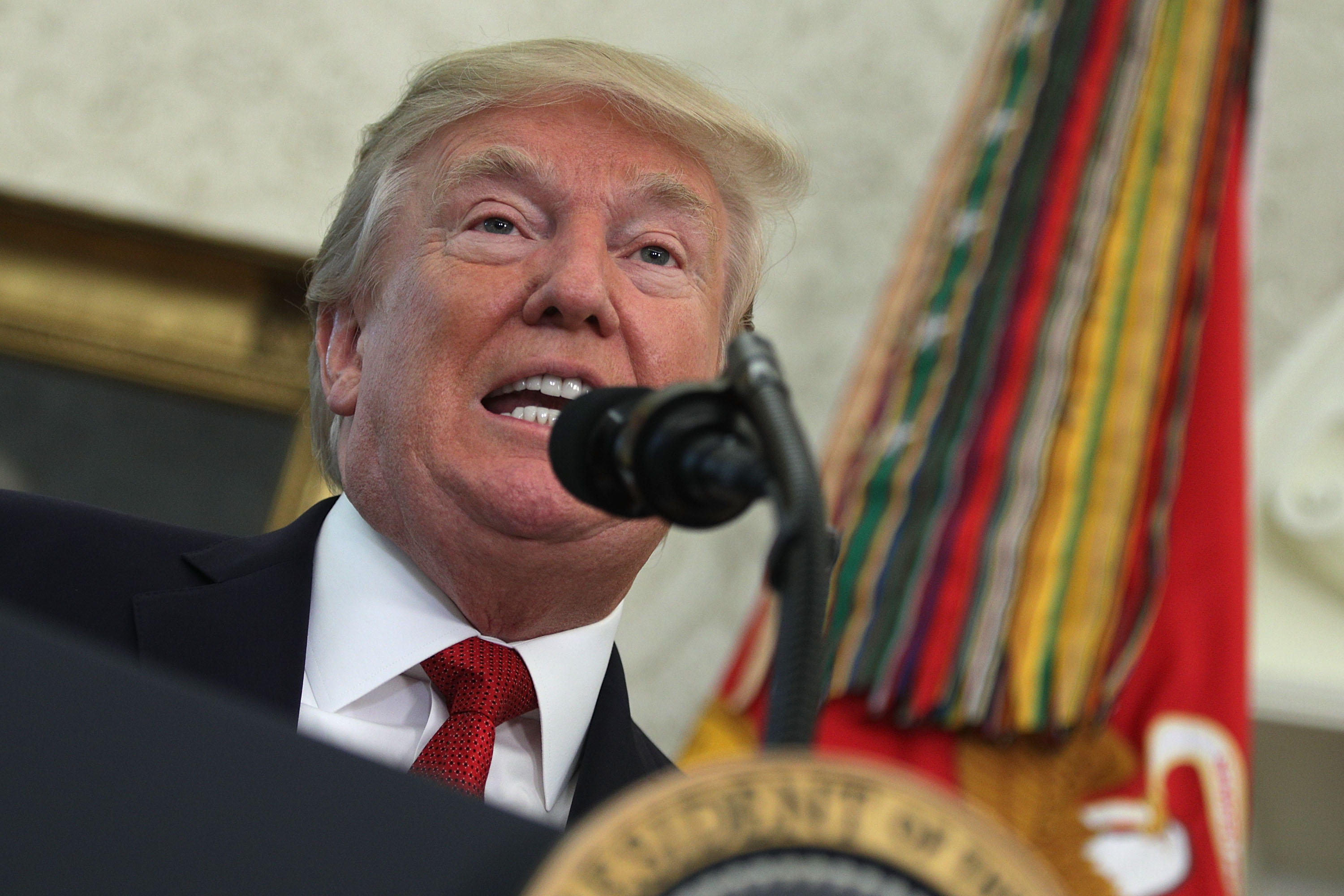 WASHINGTON -- President Trump is poised to deliver a major speech Thursday on fighting the opioid epidemic, the deadliest drug crisis in U.S. history.

"We're going to have a big meeting on opioids tomorrow," Mr. Trump told reporters as he left the White House Wednesday en route to Texas. He said his plan to officially declare the crisis a national emergency would give his administration the "power to do things that you can't do right now."

But president won't go that far. White House officials confirm to CBS News that Mr. Trump will instead "order his health secretary to declare the opioid crisis a public health emergency -- but will stop short of declaring a more sweeping state of national emergency."

USA Today was first to report on the president's revised intentions.

The newspaper adds his "decision to go with a more measured response, a public health emergency, demonstrates the complexity of an opioid crisis that continues to grow through an ever-evolving cycle of addiction, from prescription pain pills to illegal heroin to the lethal fentanyl."

During a background briefing on Thursday's announcement, Senior Administration Official said that the declaration will last for 90 days and can be renewed every 90 days until it's no longer necessary. Officials on the call would not say whether or not the President will be traveling the country to speak on the issue but that starting tomorrow, cabinet officials will be in different places across the country taking "appropriate actions."

The Trump administration is also scrambling to fill top posts that would typically be involved in the coordinating the response to the opioid crisis like the ONDCP drug Czar, an HHS Sec, and DEA admin. A Senior White House official said that filling these positions is "an urgent priority" and that he will be putting forth names "soon.'  The official also blamed democrats for their "historic opposition and obstruction" in getting leadership positions filled.

During Thursday's event, officials say that the president will welcome a variety of people to declaration ceremony, including those in recovery, struggling with addiction, first responders, and those on the law enforcement side.  A White House official also suggested that the President will touch on his personal experience with addiction during his remarks this afternoon, seemingly a nod to his family's experience with Mr. Trump's older brother's fatal struggle with alcohol abuse.

At a congressional hearing Wednesday in Washington, Republicans and Democrats shared frustration as they questioned top administration officials about federal spending to fight a crisis that kills tens of thousands of people each year.

During his campaign, Mr. Trump pledged to make fighting addiction a top priority at rallies in some of the hardest-hit states in the nation.

"When I won the New Hampshire primary, I promised the people of New Hampshire that I would stop drugs from pouring into your communities. I am now doubling-down on that promise, and can guarantee you - we will not only stop the drugs from pouring in, but we will help all of those people so seriously addicted get the assistance they need to unchain themselves," he told a crowd in Bangor, Maine weeks before the election.

Once in office, Mr. Trump convened a commission to study the problem, chaired by New Jersey Gov. Chris Christie. And he has pledged to declare the crisis an emergency, freeing up additional money and resources. But some advocates worry even that won't make enough difference.

Nearly a year after Congress approved an extraordinary $1 billion to tackle the opioid crisis, the money that poured into all 50 states is gradually reaching places where it can do some good, but with some setbacks and delays along the way.

In some locations, people addicted to opioids are starting to get treatment for the first time. In others, bureaucratic hurdles prevent innovation, driving home the point that gaining ground on the epidemic will be difficult. There's one constant: It takes time for government grants to trickle down to real people.

The $1 billion for states is part of last year's 21st Century Cures Act, which also addressed cancer research and medical innovation. The bipartisan bill was signed by President Obama in December.

"It is a great opportunity, but it comes with a lot of angst," said Tom Hill of the nonprofit National Council for Behavioral Health, which advocates for addiction treatment providers. States have analyzed data, chosen contractors and are "just getting programs up and running right now."

- Alabama used some of its share to recruit 23 treatment providers to start more than 5,300 new patients on medications that block cravings.

- Ohio plans to train enough new doctors to treat at least 25,000 new patients with one of the addiction treatment drugs.

- Michigan is hiring 97 peer recovery coaches, many with histories of addiction themselves.

- Illinois has selected a contractor to run a 24-hour opioid crisis phone line.

But in other places, innovation is stalled.

Both efforts are on hold, lacking crucial regulations from the federal Drug Enforcement Administration. DEA spokesman Rusty Payne said agency officials "are well aware of the concerns on both issues and are currently developing rules to address them."

"The clock is ticking," said Richard Nance, director of Utah County Department of Drug and Alcohol Prevention and Treatment.

States got half of their Cures Act grants in April and will get the rest next year. They must spend 80 percent on opioid addiction treatment. That's an incentive for some states to expand access to methadone, the oldest of the treatment drugs.

Florida, Idaho, Illinois, Kansas and Louisiana are among states with plans to do just that. In California, Aegis Treatment Centers, a for-profit company that is the state's largest methadone provider, will get up to $28.6 million over two years to expand into underserved regions.

Places like Fellowship House in Birmingham, Alabama, are using drugs like Suboxone, a combination of buprenorphine and naloxone, with patients for the first time.

"When I took Suboxone, it was like a miracle," said one Fellowship House patient, 43-year-old John Montesano, a former long-haul truck driver with a 20-year pill addiction, chronic pain and no health insurance. "I'd be dead now" without it, he said. "Or worse, not dead" and still using.

Montesano recently marked six months without a relapse. He attends daily recovery meetings, works at a sandwich shop and plans to reunite with his wife. As long as the money goes for treatment "the way Fellowship House does it," he said, Congress "should release all the money they can spare."