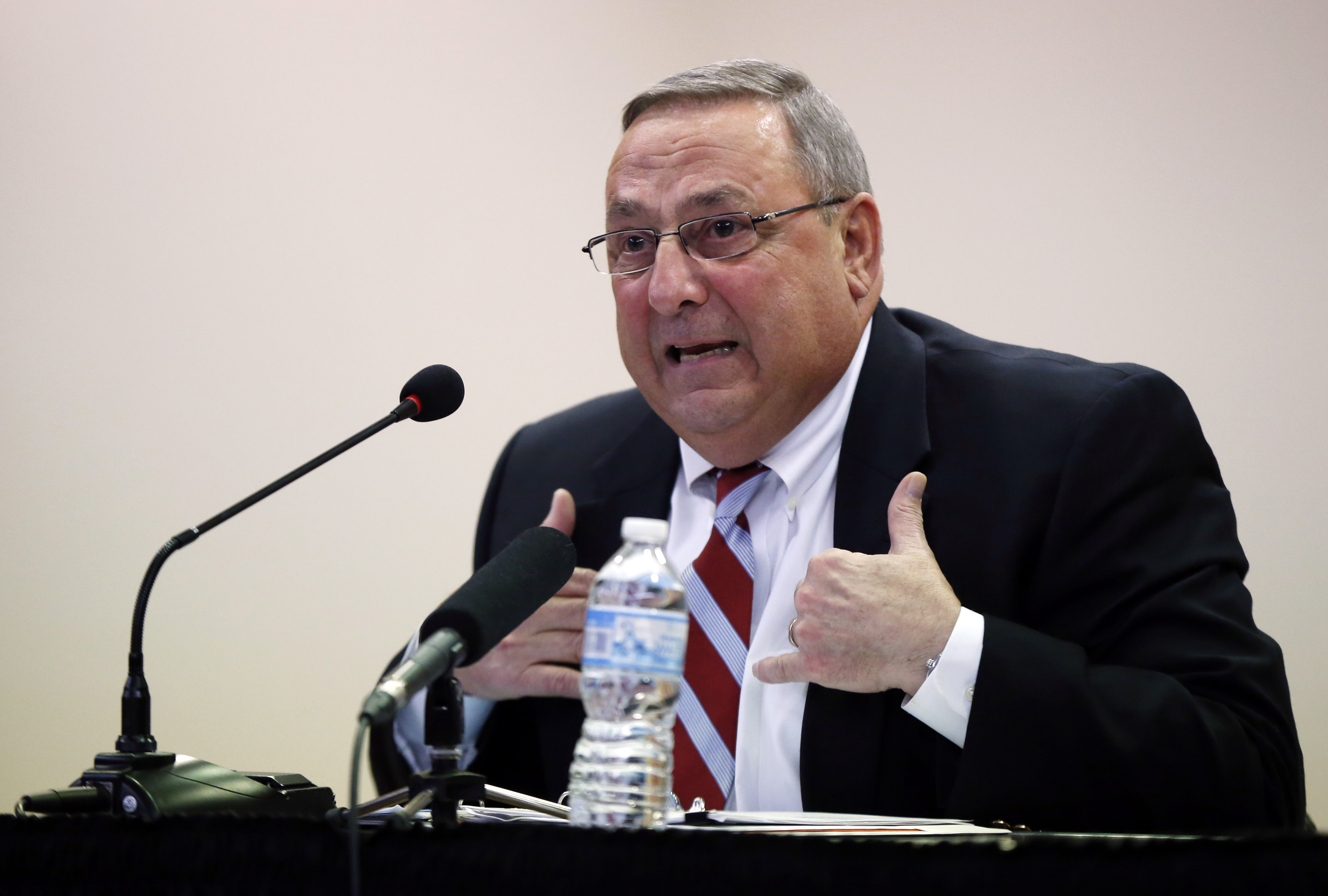 Maine Gov. Paul LePage said Tuesday that his state should bring back the guillotine to deal with drug traffickers.

"What I think we ought to do is bring the guillotine back," the Republican governor told radio station WVOM. "We could have public executions and have, you know, we could even have which hole it falls in."

The governor's office later said his comments were a joke, the Associated Press reports, and it was just a way to convey his support for tougher penalties for drug crimes.

"I think the death penalty should be appropriate for people that kill Mainers," LePage said during the interview.

But Maine abolished the death penalty in 1887.

LePage also said, "If you want my honest opinion, we should give [drug traffickers] an injection of the stuff they sell."

Earlier this month, LePage came under fire after he described out-of-state drug dealers as "guys with the name D-Money, Smoothie, Shifty" and "half the time they impregnate a young white girl before they leave."

He later said he "made a mistake" with those remarks.