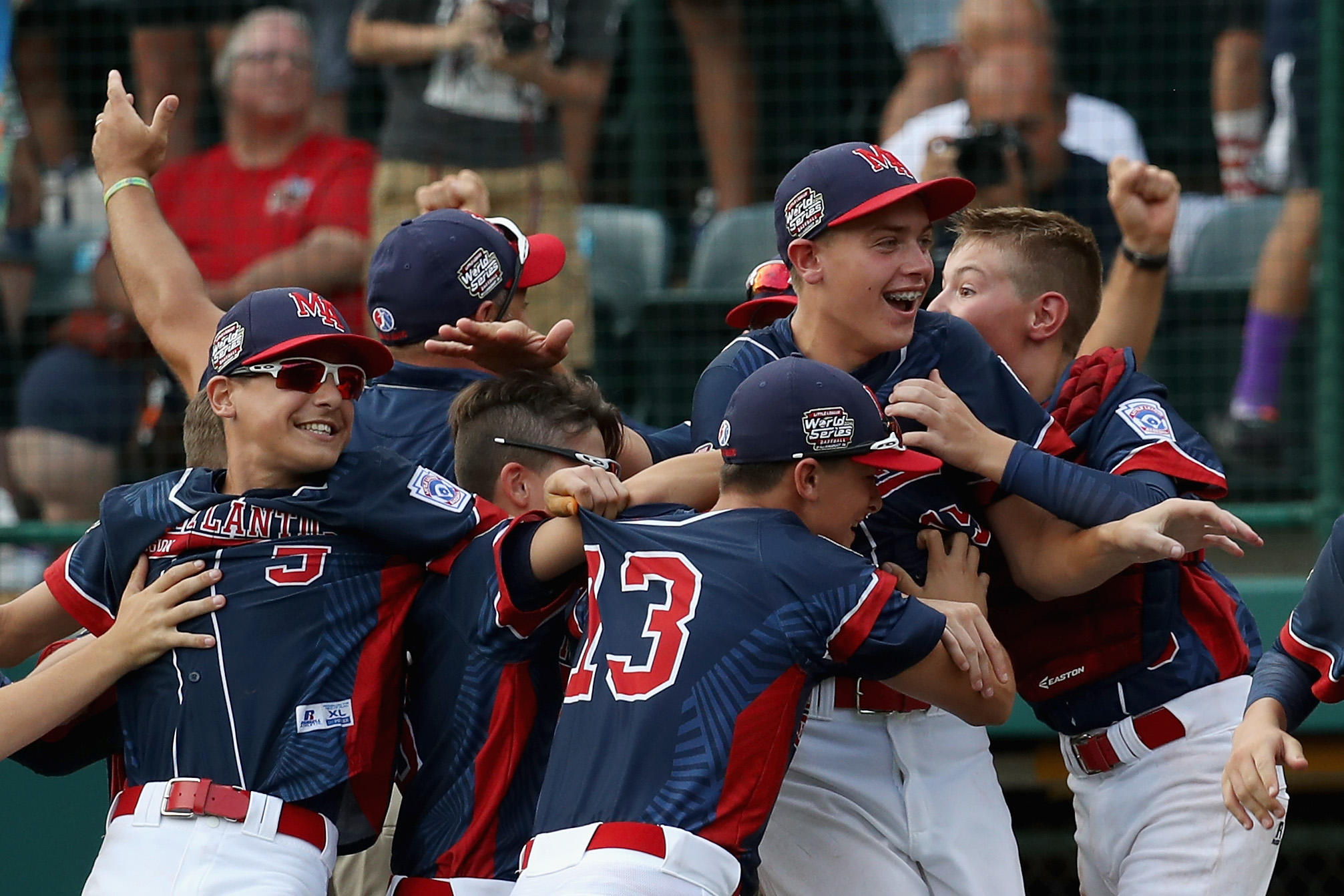 “I was just thinking get it in play any way you can,” Rush said. “Once that happens, you never know what can happen.”

Yoomin Lee homered for the Asia-Pacific champs from Seoul. Minho Choi struck out with runners on first and second to end the game.

Junho Jeong (1-2) gave up two runs on four hits and struck out nine for South Korea (4-2). He threw 3 1/3 innings of no-hit ball before Jude Abbadessa broke through in the fourth.

Waking to the plate as Endwell fans along the first base side bellowed “Juuude!” Abbadessa broke up the righty’s no-hit bid with a single to center. Harlost followed with a liner to the same spot and Rush plated the go-ahead run with a hit that fell in behind the shortstop. Harlost raced home on a passed ball to give New York a 2-0 lead one batter later.

“It’s just been amazing,” Abbadessa said. “Just coming here would be amazing and then our team doing well is even more amazing. It’s been fun the whole week and we’re glad that it turned out this way.”

Lee drove a 2-2 pitch over the right field wall to cut New York’s lead in half in the fifth.

That was all South Korea could get, however as New York’s defense came up big all afternoon.

In the second, right fielder James Fellows made a running grab at the warning track to rob Sangheon Park of an extra base hit. With a runner on first an inning later, Harlost snagged a hard-hit liner at the mound, tossed to first to get the putout and escape the third unscathed.

Later in the fifth after Yoomin’s blast halved the score, Abbadessa scooped up a grounder that took an awkward bounce and threw to first for final out of the inning.

The New York players said Saturday that they knew they had a great team as soon as they reconvened earlier this summer. Over half the roster returned from last season when New York fell to eventual World Series runner-up Red Land in the Mid-Atlantic Region final.

“From there on, I pretty much knew we were going to go a long way,” infielder Jack Hopko previously said. “Just like last year, we played well in regionals but this year we came out on top and this game today, I don’t really know how to describe it. It was a long road and we made it where we wanted to.”