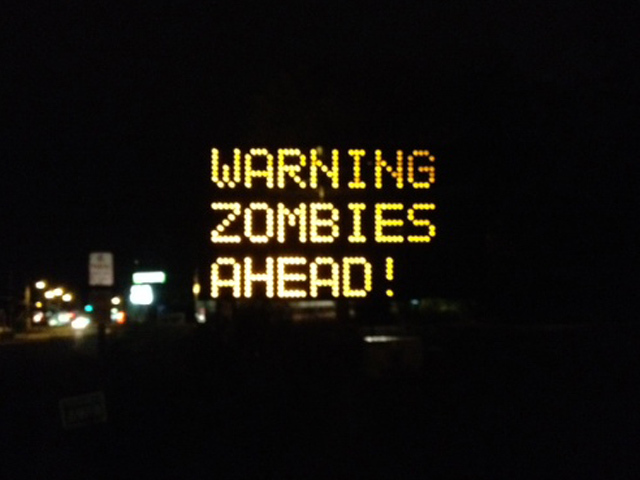 PORTLAND, Maine Drivers may have gotten a chuckle out of an electronic message board in Maine warning of zombies, but city officials were not amused.

The sign at a Portland road construction site was changed by a hacker to read "Warning Zombies Ahead!" on Wednesday morning. It originally read "Night work 8 pm-6 am. Expect delays."

City spokeswoman Nicole Clegg said the signs are a safety precaution and changing it could have led to driver distraction.

She told The Portland Press Herald that tampering with a safety device is a misdemeanor punishable by up to a year in jail and a $1,000 fine.

She said it's not clear who changed the sign, but it's not the first time it has happened.