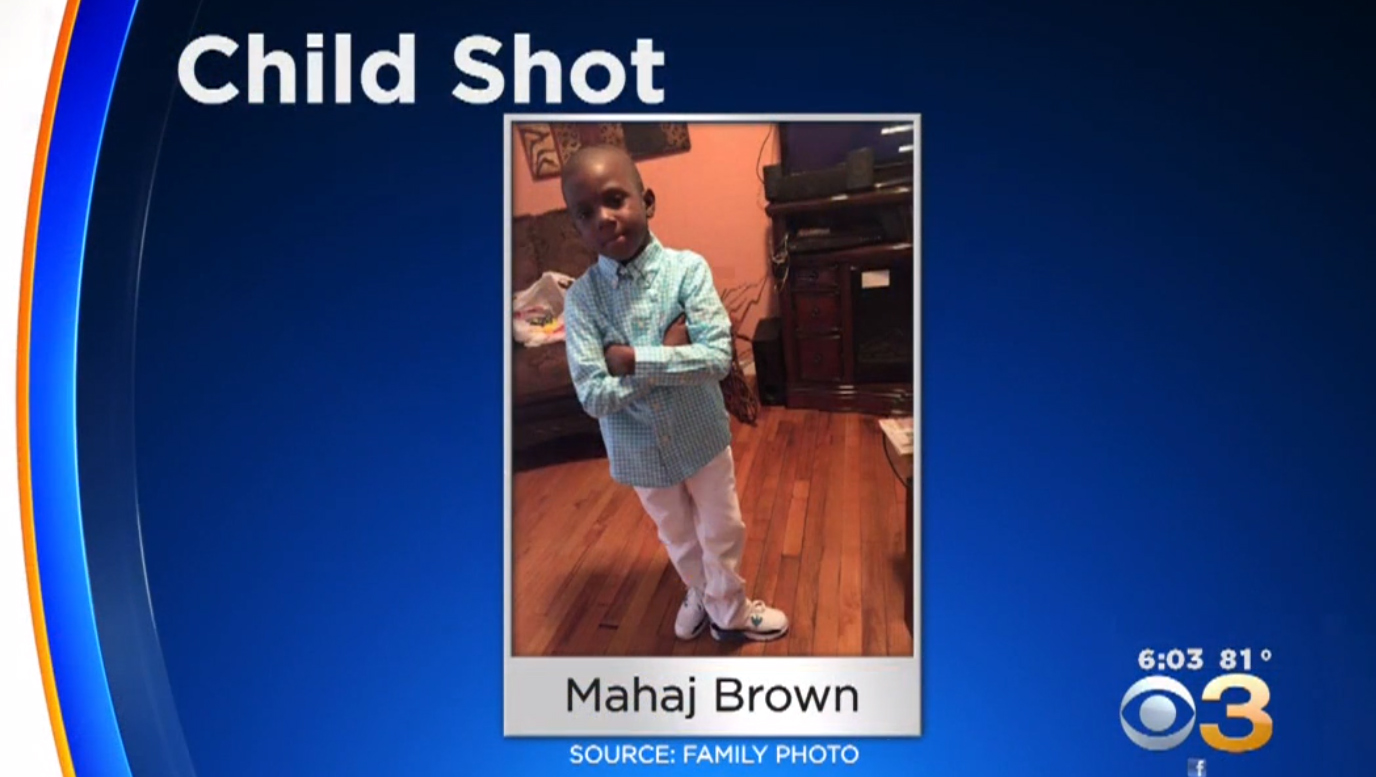 PHILADELPHIA -- Police say a 6-year-old boy has been shot in Philadelphia, marking the second shooting of a 6-year-old in the city this week.

The child's grandparents identified him to CBS Philadelphia as Mahaj Brown. The grandparents say Brown suffered multiple gunshot wounds, including in his groin, leg, arm and abdomen, but was awake when he was transported to the hospital.

"He just took a lot, his little body was riddled with bullets," his grandmother Delores Melendez tells the station. "I just can't believe it."

The boy is listed in critical condition at a hospital and has undergone several surgeries. Family tells the station he is expected to recover. He was set to start first grade at a local elementary school.

Brown was among four people shot in the Germantown section. Also shot were three men: two 29-year-olds and one 32-year old. One of the 29-year-old men was reported in critical condition; the other two victims were listed in stable condition, according to CBS Philadelphia.

The child was found shot in the front seat of a car along with the 29-year-old in critical condition, the station reports. The other two victims were not in the car and police are investigating whether any of the wounded men could be a shooter.

"It appears that this was definitely an ongoing battle. There were casings in the street, on both sides of the sidewalk. So it appears that there were multiple armed combatants out here and that they were actively engaged," Philadelphia police Captain Anthony Ginaldi told the station.

Multiple houses and vehicles in the area were also struck.

No arrests have been made and police are reportedly reviewing surveillance video.

Another 6-year-old, a girl, was hit in her arm by a stray bullet Tuesday while playing in front of her home in the West Oak Lane neighborhood. She is recovering, and police are still searching for a suspect.