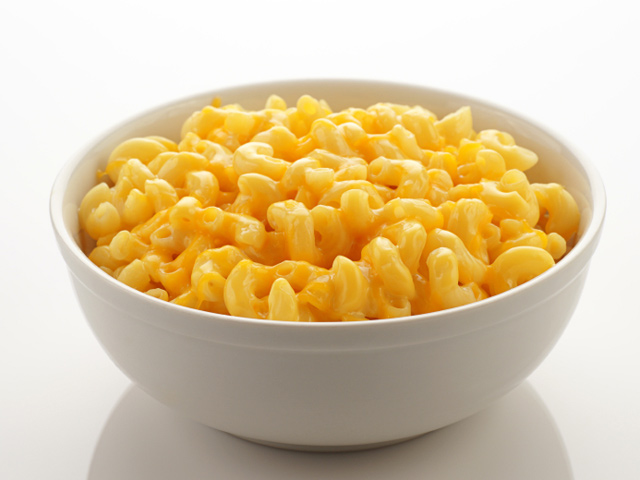 Mac and cheese, a kid favorite, is coming under scrutiny. A new report shows some boxed varieties of macaroni and cheese, as well as certain processed and natural cheeses, contain chemicals in their packaging that can leach into foods.

The report, which was funded by four advocacy groups, looks at chemicals called phthalates, which are used to soften plastics and have been banned from baby teethers and bottles due to health concerns. The researchers tested 10 commercial macaroni and cheese dry mixes, five types of processed cheeses and 15 natural cheeses, including hard, shredded, string and cottage cheese varieties.

Phthalates were detected in 29 out of 30 cheese products tested, including ten different phthalates in all, with up to six in a single product.

"Average phthalate levels were more than four times higher in macaroni and cheese powder samples than in hard blocks and other natural cheese, in fat of products tested," the report said.

"The findings are not surprising or inconsistent, unfortunately, with increasing literature that has documented phthalates easily getting into and staying in especially dairy products," said Dr. Leonardo Trasande, associate professor in the department of Pediatrics, Environmental Medicine, and Population Health at NYU Langone Medical Center.

Phthalates used in some food packaging materials and can get into the food itself during packaging and processing. Past studies have found evidence that phthalates can disrupt hormones and can affect the development of the male reproductive system, say experts. They have also been linked to childhood behavioral problems.

The chemicals bind with fats and so can build up in fatty foods, including fast food, other research suggests.

Europe has banned many phthalates used in plastics, but the FDA is more lenient.

The researchers wrote in their report that a 2014 scientific review concluded that "dairy products were the greatest source of dietary exposure to the phthalate DEHP for infants and women of reproductive age."

Trasande told CBS News his research has shown a link between phthalates and increases in blood pressure and resistance to insulin in children.

While it's difficult to avoid phthalates, he said simple steps could help reduce your exposure.

"Eating fresh fruits and vegetables in particular is a great way to avoid contact with the food packaging in the first place," Trasande said.

Avoid microwaving in plastic, as the heat can cause the chemical to seep into your food. Also, don't use the dishwasher to clean plastics. Try glass and stainless steel as storage alternatives. If a plastic container is scratched or damaged, it's best to toss it.

About 710 million boxes of dry mix macaroni and cheese were sold in the U.S. in 2012, according to the study researchers.