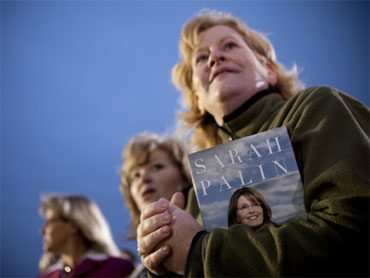 Joseph Fiennes, who also starred in period films "Elizabeth" and "Shakespeare in Love," leads a cast that includes Alfred Molina and two-time Oscar-winner Peter Ustinov. "Luther" was filmed at 20 locations in Germany, Italy and the Czech Republic.

Thrivent Financial for Lutherans, a Minneapolis-based fraternal organization that provides financial services, has invested roughly $10 million in the $30 million film.

The co-producer is German film company Neue Filmproduktion of Berlin, which invested about $18 million. Private U.S. investors provided the rest.

Thrivent officials think "Luther" can do for Martin Luther what the film "Elizabeth" did for Queen Elizabeth I — that is, give a historical icon normal human qualities.

The two-hour movie tells the story of how the one-time monk and Catholic priest, a native of Germany, led the 16th-century Reformation in Europe — a movement that gave rise to many other Protestant denominations in addition to Lutheranism.

Thrivent officials conceived it to celebrate the 100th anniversary last year of Aid Association for Lutherans, a predecessor to Thrivent before the Aid Association's merger with Lutheran Brotherhood.

The money came from corporate and fraternal funds that grant money for Lutheran projects, said Thrivent Chairman John Gilbert. Thrivent expects to recoup its investment over time, Gilbert said. Officials expect the movie to do well in Europe, and it will also generate sales from DVDs.

"Doing this was consistent with our outreach to the Lutheran church," Gilbert said.

Thrivent officials and Lutheran clergy who have screened the film say it's a historical epic biography — or what Hollywood calls a "biopic" — like "A Man for All Seasons," which was about Sir Thomas More, a martyr who refused to recognize Henry VIII as head of the English church.

It's Thrivent's first big-screen movie; the company also bankrolled a made-for-TV movie called "Bonhoeffer: Agent of Grace" in 2000 and a TV special on J.S. Bach in the 1980s.

"'Luther' was a risk," said Dennis Clauss, one of the executive producers and a Thrivent church and community projects leader. He found the film and distribution partners and had final approval on scripts and casting. "By Hollywood standards, it's not a hugely expensive movie, but for Thrivent, we want to be prudent in our investment."

Luther, who was born in 1483, vowed to become a monk after a lightning bolt nearly hit him. Later, as a priest, he started speaking out against what he saw as corruption within the Roman Catholic Church. He listed his criticisms of the Catholic Church as "95 Theses" and nailed the list to a church door in Wittenburg, Germany. The Catholic Church condemned him as a heretic and excommunicated him. He died in 1546.

Two Lutheran ministers who saw the movie said it includes some events that didn't happen and some composite characters, but overall it's historically factual.

"I liked it," said the Rev. David Mahsman of the Lutheran Church-Missouri Synod in St. Louis. "This is something people would want to see who aren't necessarily Lutheran or religious."

"Luther" joins a growing list of religious historical epics appearing at movie theaters and on television. Actor-director Mel Gibson plans to release his religious film, "The Passion," about the last 12 hours of Jesus' life, in February. ABC television plans to air a movie called "Judas," about Jesus' life from Judas' perspective, in April.

"There are a lot of family- and Christian-themed movies now," said Cathy Dunkley, a reporter for Variety, an entertainment magazine. "They've become popular because companies have realized there's a market for it and they've had some hits."