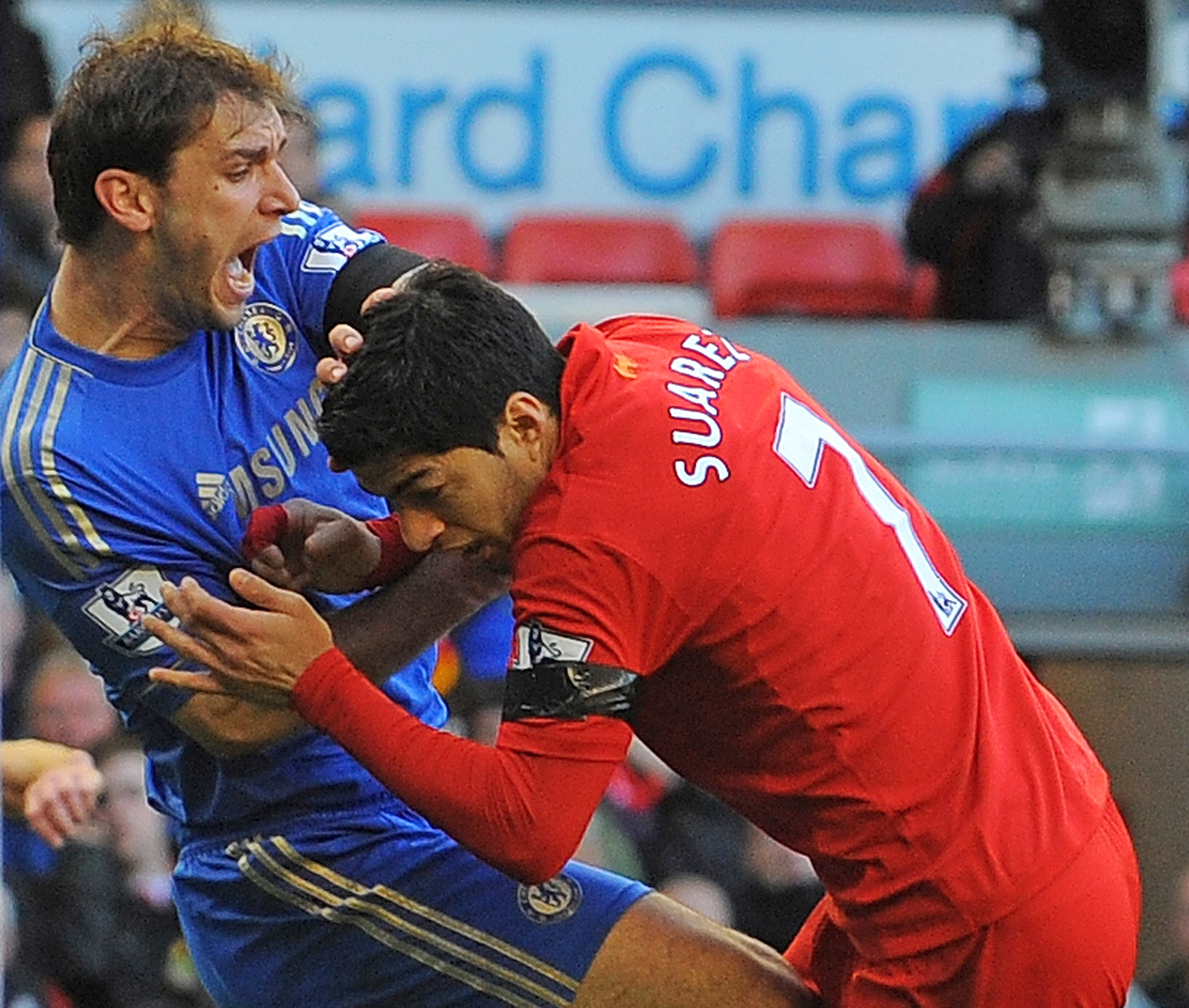 From chomping on opponents to making racist comments, Luis Suarez knows how to court controversy. After Suarez's latest antics in the World Cup on Tuesday, here is a look at some of the most head-turning moments in the career of the talented Uruguay striker.

Banned for fighting with new teammate

In 2007, Suarez had just signed a five-year contract to play with the Amsterdam-based Ajax. It didn't take long for Suarez to find himself at the center of controversy. In November of 2007, he was suspended after a halftime fight with new teammate Albert Luque.

Suarez was responsible for one of the most talked-about moments of the 2010 World Cup, when he purposefully used his hand to prevent a Ghana goal near the end of the quarterfinals. Suarez received a red card and was banned for the next game, but Ghana missed the penalty kick and was eliminated.

In November 2010, Suarez was banned for seven matches for biting PSV Eindhoven's Otman Bakkal while playing in the Dutch league, earning him the nickname "Cannibal of Ajax."

In 2011, as a member of Liverpool, he was suspended eight games for racially abusing Manchester United's Patrice Evra. Four months later, Suarez refused to shake Evra's hand before kickoff.

Banned for biting another opponent

Suarez was suspended for biting another opponent, this time Chelsea's Branislav Ivanovic, in April 2013. Suarez was foiled by Ivanovic as he attempted to kick the ball between the center back's legs in the penalty area. As the ball rebounded toward the edge of the area, Suarez turned to his opponent, and bit into Ivanovic's jersey at the top of the right arm.

The bite seen around the world

Faced with a smothering and frustrating Italian defense in a must-win World Cup game Tuesday, Suarez responded with his front teeth. It came at about the 80th minute when the Uruguay superstar and Italian defender Giorgio Chiellini got tangled up in front of Italy's goal.