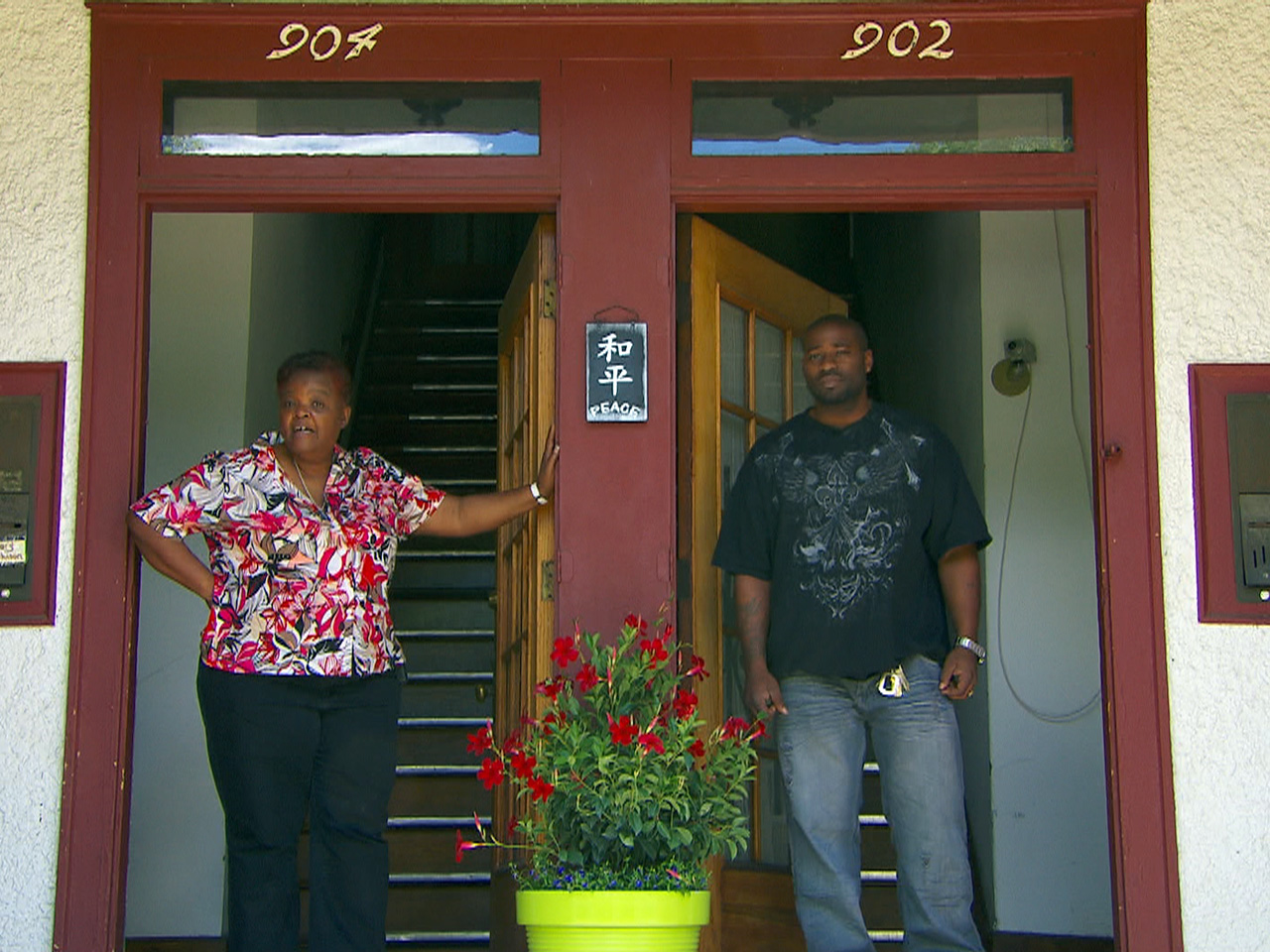 MINNEAPOLIS - In Minnesota, a young man was murdered and his killer was sent to prison. Then, as CBS News correspondent Steve Hartman reports, the story took a surprising turn.

In a small apartment building in North Minneapolis - a 59-year-old teacher's aid sings praise to God for no seemingly apparent reason. Indeed, if anyone was to have issues with the Lord, it would be Mary Johnson.

In February 1993, Mary's son, Laramiun Byrd, was shot to death during an argument at a party. He was 20, and Mary's only child.

The killer was a 16-year-old kid named Oshea Israel.

Mary wanted justice. "He was an animal. He deserved to be caged."

And he was. Tried as an adult and sentenced to 25 and a half years -- Oshea served 17 before being recently released. He now lives back in the old neighborhood - next door to Mary.

How a convicted murder ended-up living a door jamb away from his victim's mother is a story, not of horrible misfortune, as you might expect - but of remarkable mercy.

A few years ago Mary asked if she could meet Oshea at Minnesota's Stillwater state prison. As a devout Christian, she felt compelled to see if there was some way, if somehow, she could forgive her son's killer.

"I believe the first thing she said to me was, 'Look, you don't know me. I don't know you. Let's just start with right now,'" Oshea says. "And I was befuddled myself."

Oshea says they met regularly after that. When he got out, she introduced him to her landlord - who with Mary's blessing, invited Oshea to move into the building. Today they don't just live close - they are close.

Mary was able to forgive. She credits God, of course - but also concedes a more selfish motive.

"Unforgiveness is like cancer," Mary says. "It will eat you from the inside out. It's not about that other person, me forgiving him does not diminish what he's done. Yes, he murdered my son - but the forgiveness is for me. It's for me."

To that end, Oshea is now busy proving himself to himself. He works at a recycling plant by day and goes to college by night. He says he's determined to payback Mary's clemency by contributing to society. In fact, he's already working on it - singing the praises of God and forgiveness at prisons, churches - to large audiences everywhere.

"A conversation can take you a long way," Oshea says to one group.

Which explains why Mary is able to sing her praise of thanks -- to her audience of one.

From Death to Life