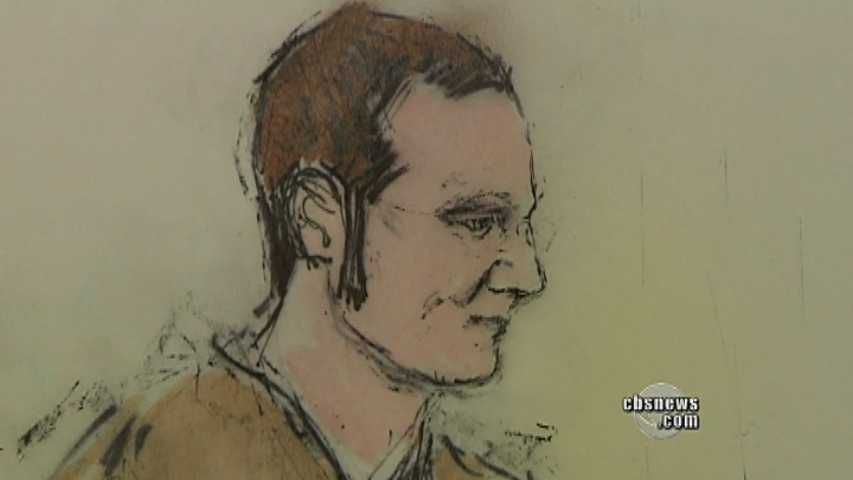 TUCSON, Ariz. - The suspect in the Tucson, Ariz., shooting rampage has pleaded not guilty to dozens of new federal charges that accuse him of killing six people and wounding 13 others.

He also is charged with causing the deaths of four others who weren't federal employees, causing injury and death to participants at a federally provided activity and using a gun in a crime of violence.

Loughner also will likely face state charges stemming from the Jan. 8 attack at a Giffords event outside a Tucson grocery store.

Burns also scheduled a hearing to determine if Loughner is competent to stand trial. Prosecutors had asked Burns to commit Jared Lee Loughner to a federal facility where he could be evaluated by psychologists to determine whether he suffers from a mental defect, and have said Loughner's menacing Internet postings suggest he may have mental issues.

Burns said Wednesday he has concerns about whether Loughner understands the proceedings.

Loughner's attorneys asked the judge to wait 30 to 60 days before holding a hearing on whether Loughner is competent to stand trial. The judge agreed, setting the hearing for May 25.

CBS News correspondent John Blackstone reports Loughner entered the courtroom seeming to smile, but did not look directly at victims,  including Susan Hileman and Bill Badger,  who were in court. Loughner now has a full head of short, dark hair.

Loughner's father also was in the courtroom. He listened to the proceedings with his arms crossed, head down and eyes closed. Also in the crowded courtroom were more than 20 U.S. Marshals and security personnel, numerous reporters, about a dozen family members of victims.

Hileman, 58, was shot three times in the attack. She was holding 9-year-old Christina Taylor Green's hand when the shooting erupted, and Christina was killed.

Badger, 74, was grazed by a bullet in the back of the head. He is credited with helping to subdue Loughner at the scene.

When asked if his name was Jared Loughner, he answered in a strangely upbeat and high voice, "Yes it is," Blackstone reports.

News organizations had asked Burns to unseal records related to the search of Loughner's home.

The Arizona Republic and KPNX-TV argued there was no basis for search warrant records to remain sealed and that the public has a right to the records. The documents have been sealed since Jan. 11.

Loughner's attorneys argued their client's right to a fair trial might be harmed by the release of the records. They said the documents contain potentially inflammatory statements by a law enforcement officer.

Burns ruled Wednesday that many of the records should be released. However, he said some will remain sealed, such as information that is inflammatory or that will not be admissible at trial.

Giffords may be present when husband blasts off

Prosecutors have said they plan to introduce the documents seized from Loughner's home at trial. Investigators who searched the home after the shooting found handwritten notes in a safe that read "I planned ahead," "My assassination" and "Giffords."

One note said "Die, bitch," which authorities believe was a reference to Giffords. Other notebooks containing handwriting were found at the house, but no details were provided on those documents.

Loughner's attorneys oppose the request on the grounds that compelling him to provide a sample violates his right to remain silent.

They said prosecutors initially asked for voluntary samples and eventually rejected Loughner's counteroffer to review the documents in question and perhaps agree that he wrote them.