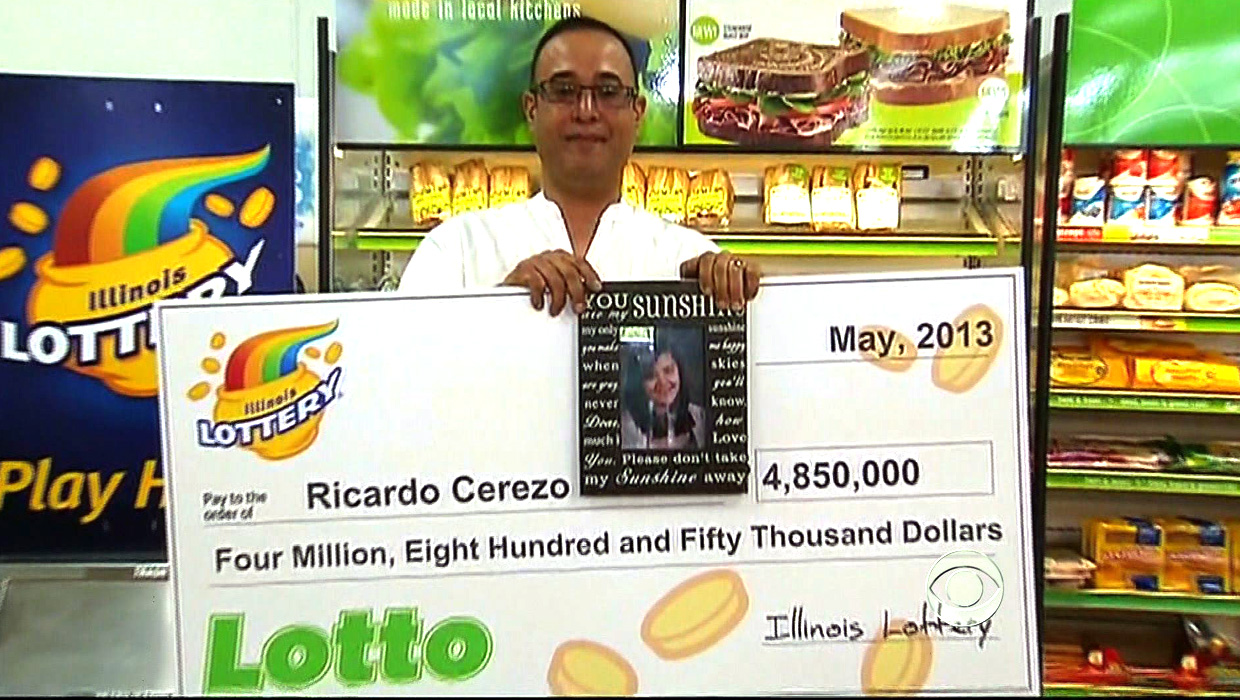 (CBS News) CINCINATTI - For two years, Rick and Bonnie Cerezo worried they would lose their home.

"Our lawyer had been telling us for a while to prepare for the worst," Ricks said.

Their house near Chicago was in foreclosure, and in February a judge told them to be ready to leave.

Small Fla. town wonders who the Powerball winner is
Watch: Man makes a career out of winning the lottery
Watch: Jackpot fever: The big business of lotteries

Their money problems started when their 12-year-old daughter Savannah was diagnosed with severe bi-polar disorder.

After rick quit his job to care for Savannah, and the medical bills piled up. money was tight.

"When it comes to your children, you just don't care. You give it all. So here goes the savings, there goes the IRA -- his, mine," Bonne said.

Everything was gone," said Rick. "We even at one point sold our wedding bands."

Bonnie said her daughter asked her parents about why they had no money. "How can I ever repay all of what you guys have sacrificed to give me a chance at a good life?" Bonnie recalled her saying.

Still grieving, Rick began buying four lottery tickets a week. A month ago, Bonnie got sick of watching the the tickets collect dust in a cookie jar and told Rick to get the tickets checked, or she'd toss them.

The first ten were losers. The eleventh, three bucks. But the next was worth $4.8 million.

Rick and Bonnie are convinced it's Savannah repaying them

"I would imagine that the second she that she took her last breath, and I delivered her to God, and God grabbed her hand, she was immediately nagging him about start doing something for them," they said.

The first installment check came the day after Mother's Day. Another will come every February.

"We have 26 years of knowing that every year, on Savannah's birth month, our gift is there," Rick said.

"For me the real win is that I don't have to pack up my daughter's room, that her existence won't be confined to a box marked 'Savannah's room.'"

Some people would call them lucky, but the Cereno's know they've been given a gift.