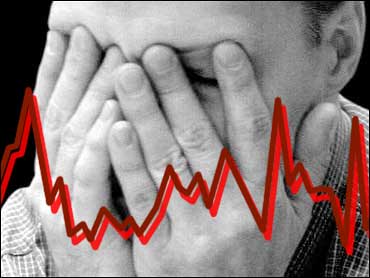 Losing money may be painful for both your wallet and your brain.

A new study shows losing money triggers activity in the brain in areas commonly associated with pain and fear.

Although previous studies on gambling have shown that reward centers in the brain are activated in response to financial gains, researchers say little is known about how the brain responds to financial loss.

"Many everyday financial decisions, such as playing the lottery or investing money are gambles in some form or another, and most of these gambles involve the chances of both gaining and losing money," says researcher Ben Seymour of the Wellcome Trust Centre for Neuroimaging at University College London, in a news release. "Although we already know an impressive amount about how the brain learns to predict financial gains, until now, we have known little about how we deal with losing money."

Researchers recorded the brain activity of 24 healthy adults as they played a gambling game to win or lose money.

As in prior studies on risk and reward, they found the participants learned to predict the risk of financial reward and loss associated with the task and this activity occurred in an area of the brain known as the striatum.

But researchers also found surprising similarities in how the brain responded to financial losses and a system the brain system previously identified for responding to pain. This system allows the brain to predict imminent harm and allow defensive action to start.

They say this reward and defense system associated with financial loss was also similar to systems found in rats, which suggests that it may be an evolutionary response to avoiding fear and pain.

"This provides a sort of biological justification for the popular concept of bio-financial pain," says Seymour.

Seymour says learning how the brain responds to financial loss and gain may help researchers understand why some people become addicted to gambling and others do not.