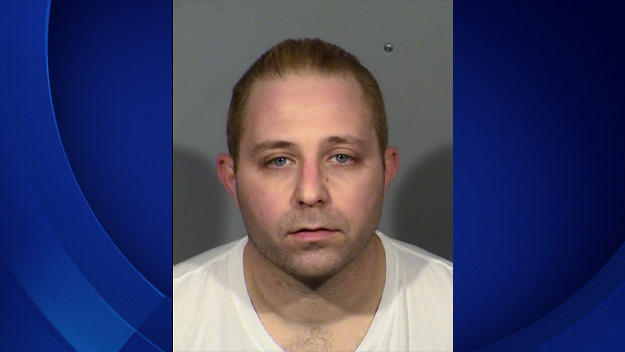 LOS ANGELES -- The father of a Southern California 5-year-old who has been missing for two months was arrested Friday afternoon in Las Vegas on suspicion of his son's murder, authorities said.

A Los Angeles County sheriff's statement said Aramazd Andressian Sr., 35 was arrested in coordination with authorities in Las Vegas and was being held there on $10 million bail.

But the department would give no further details on what that evidence was, or what Andressian was doing in Nevada.

Nicole Nishida, a spokeswoman for the sheriff's department, declined to say what evidence led to Andressian's arrest. A news conference is scheduled for Monday.

A message left seeking comment from Andressian's attorney was not immediately returned.

Investigators have been searching for 5-year-old Aramazd Andressian Jr. since his father was found passed out in a large park in South Pasadena on April 22. Sheriff's officials say the father had taken prescription pills and was found in a car doused in gasoline.

The boy's mother and father were involved in a custody battle, CBS Los Angeles reports.

The father was initially arrested on suspicion of child endangerment, but he was later released.

Authorities say the boy was last seen April 20 with his father, leaving Disneyland in Anaheim.

The Sheriff's Department has been mostly silent on the case since serving a search warrant at the home of Andressian Sr.'s mother nearly a month ago.

They have combed Arroyo Seco Park in South Pasadena where the father was found several times in the past few months, using dogs and drones to help in the search.

The boy's mother has publicly pleaded for his safe return.

"To my son, this message is for you my love: be brave, honey," Ana Estevez said through tears on May 18. "I am counting the days until I see you honey and I will never stop looking for you."