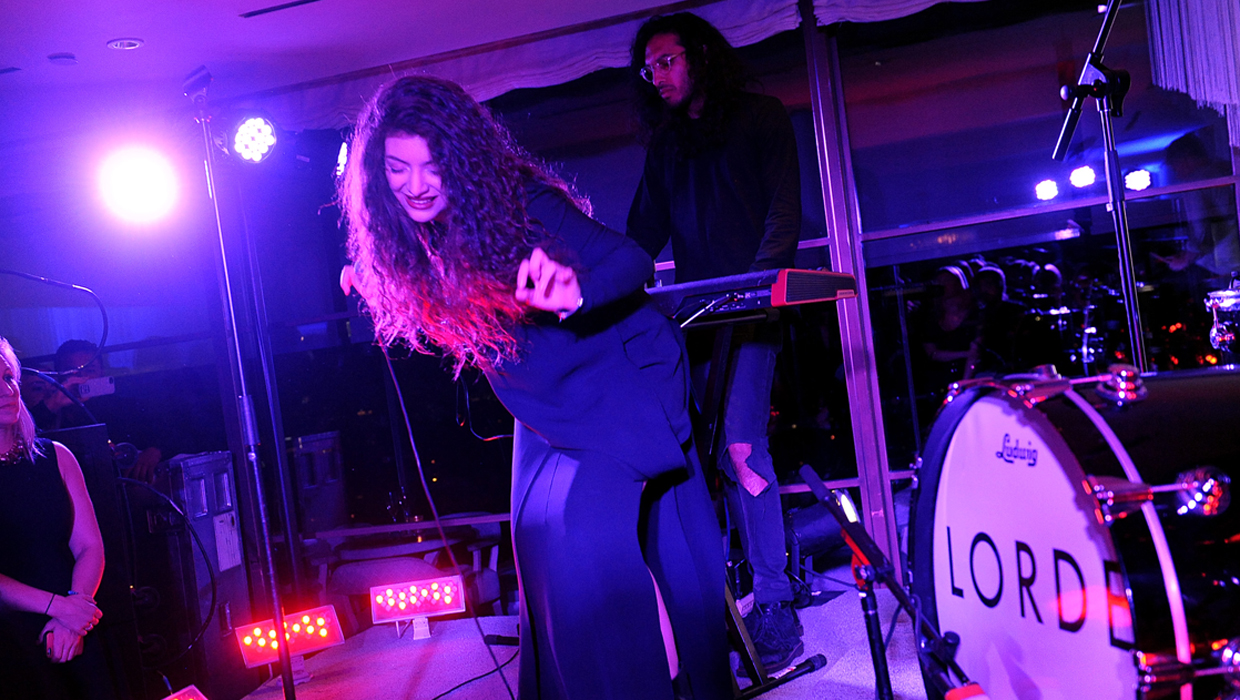 Lorde sang at a small concert days before her big night at the Grammys and reminded the crowd to tune in to her performance Sunday night.

The 17-year-old New Zealander performed for a tightly packed crowd Thursday at the Soho House in Los Angeles.

She thanked them for watching and said she hopes they'll be watching Sunday.

Lorde kicked off the show with "Gone and Glory" and later played the downbeat anthem "Royals," which is nominated for song and record of the year.

The No. 1 hit is also up for best pop solo performance, and Lorde's debut, "Pure Heroine," will compete for pop vocal album.

Broadcast from the L.A. Staples Center, and hosted by LL Cool J, the 56th annual Grammy Awards will air this Sunday, Jan. 26 at 8 p.m. ET. on CBS.