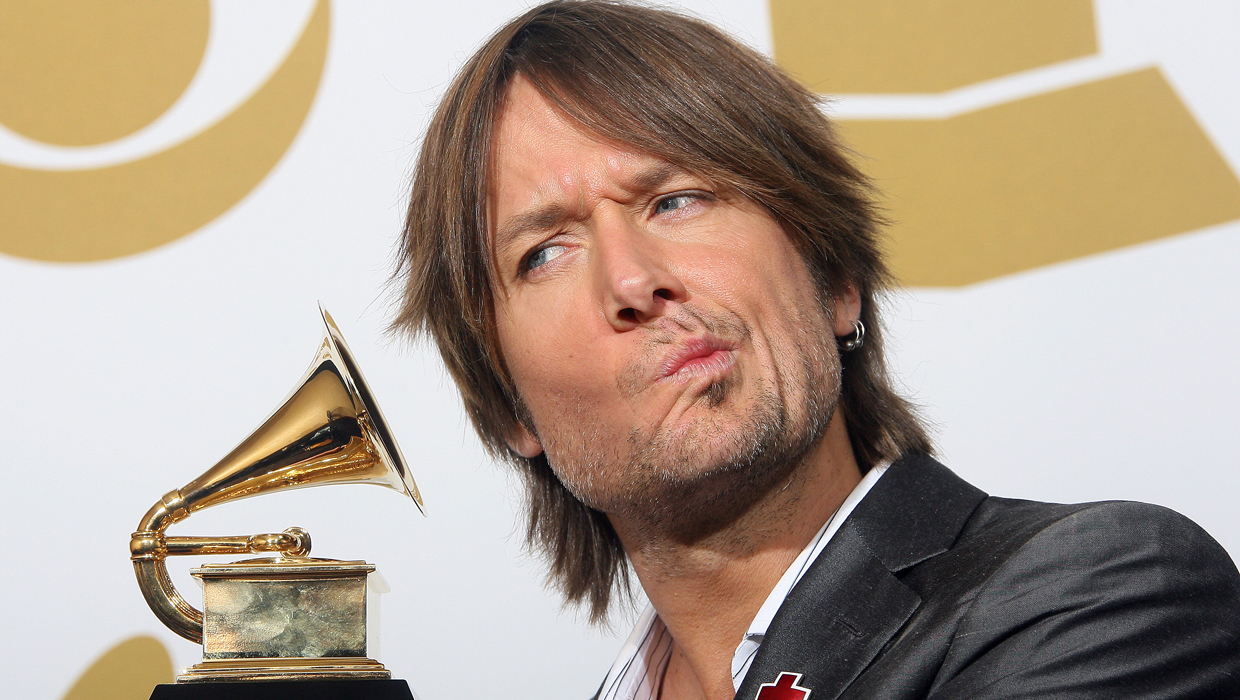 Some of the music industry's hottest acts have been busy rehearsing at Los Angeles' Nokia Theatre, in the lead-up to Friday's "Grammy Nominations Concert Live!! - Countdown to Music's Biggest Night" CBS special.

It took a few tries, but Keith Urban and Miguel finally got into a groove while preparing for their collaboration.

The country star and R&B singer, who have never performed together, spent most of their rehearsal time on Thursday afternoon working out the kinks for a minimalist performance of Bill Withers' "Ain't No Sunshine" that features no band - just a cellist, Urban on guitar and Miguel broadcasting the rest of the song from his laptop.

"That's our whole band right there," said Urban, looking cool on stage in a T-shirt and jeans after removing his leather jacket at the beginning of the practice.

While Miguel, who won the Grammy for best R&B song earlier this year for "Adorn," tinkered with the tune on his computer at one point during the rehearsal, Urban and the backup cellist broke into an impromptu rendition of "Have Yourself a Merry Little Christmas" underneath the starry scene projected on screens above them.

"I don't have any of that on my laptop," joked Miguel.

After the duo finished their rehearsal, a giddy Lorde later took the stage to perform a pulsating, stripped-down version of her hit, "Royals." Dressed casually in a flowing white shirt, black jeans and purple lipstick, the breakout 17-year-old singer breezed through the song on her first attempt.

"This will be the greatest number of people to see her in one place at one time," show producer Ken Ehrlich said in an interview Tuesday.

The New Zealand teen released her debut, "Pure Heroine," on Sept. 30 - the final day to be considered for Grammy nominations. "Royals" has held the top spot on Billboard's Hot 100 chart for nine weeks.

Robin Thicke will be joined by T.I. and members of Earth, Wind & Fire for "Blurred Lines," the year's longest running No. 1 hit.

Other artists scheduled to appear at the nominations concert include Macklemore and Ryan Lewis in addition to performances from Katy Perry and Taylor Swift.

The 6-year-old nominations show returns to the Nokia Theatre after being held last year in Nashville, Tenn., at the Bridgestone Arena.

Rapper-actor LL Cool J will host the one-hour special, which will air on CBS starting at 10 p.m. ET on Friday.

The 56th annual Grammy Awards will take place on Sunday, Jan. 26 across the street at the Staples Center.