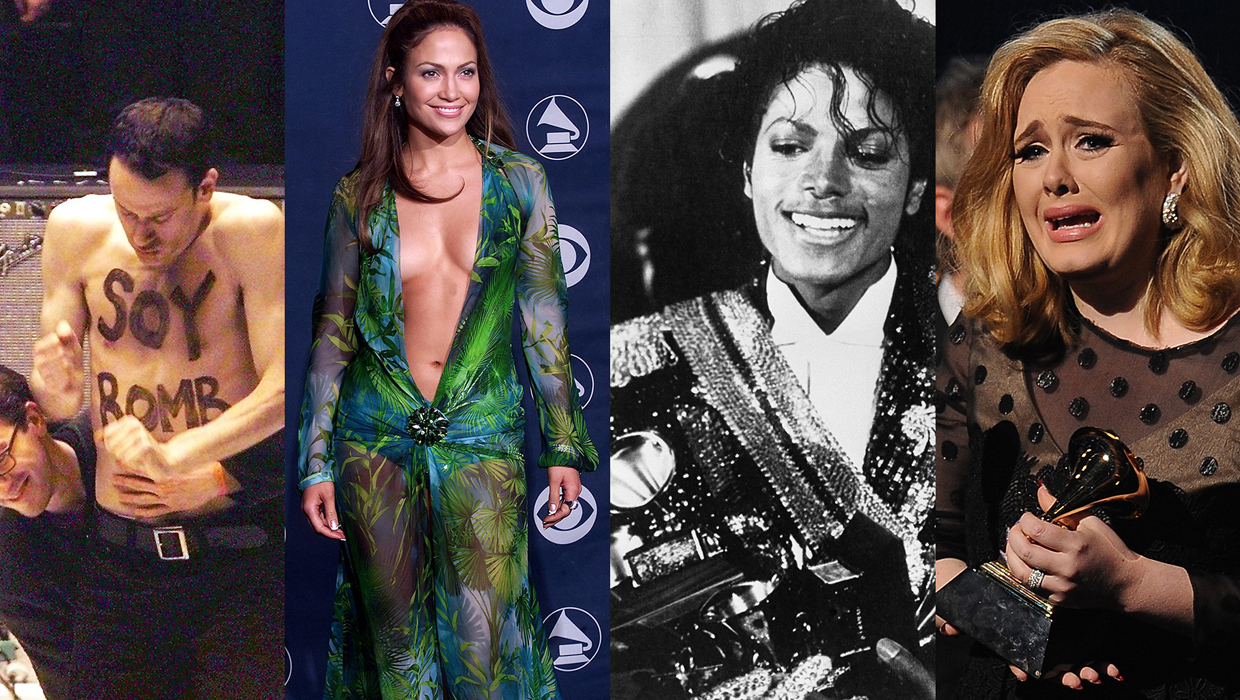 Grammy Awards season is heating up -- and with this year's roster of talent, there's bound to be some memorable moments and performances come Sunday.

At the 2014 Grammys there will be a few interesting pairings -- some of which could make for possible need-to-see moments. Both Ringo Starr and Paul McCartney are scheduled to attend to coincide with the 50th anniversary of the Beatles' arrival to America. Power couple Beyonce and Jay Z (the evening's top nominee) are expected to perform together. Will they take on the nominated song "Part II (On the Run)"? Only time will tell.

To salute the 56th annual Grammy Awards we take a look at some of the most memorable Grammy moments of all time -- from Milli Vanilli’s best new artist win (it was later revoked) to Elton John and Eminem teaming up onstage (quite the surprise).

Check out the video above to relive each of those moments.

Tell us: What's been your favorite Grammy moment? What did we miss? Let us know in the comments below.