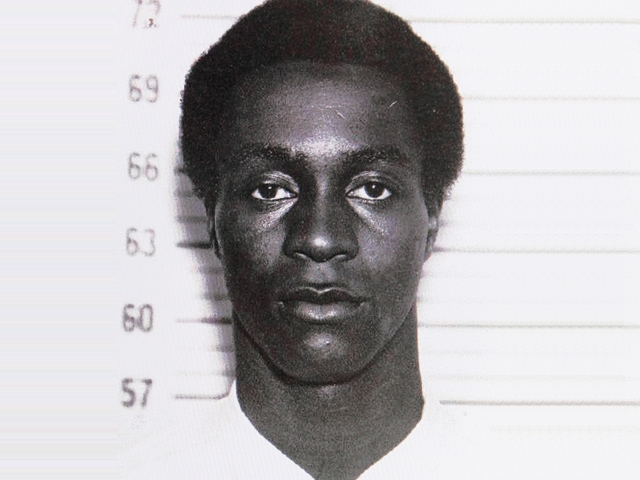 NEWARK, New Jersey - A convicted killer who escaped a New Jersey prison in 1970 and hijacked a U.S. airliner two years later while dressed as a priest has been captured in Portugal after more than 40 years as a fugitive, authorities said Tuesday.

George Wright was arrested Monday by Portuguese authorities at the request of the U.S. government, the head of the FBI's New Jersey office said.

Wright was convicted of the 1962 murder of a gas station owner in Wall, New Jersey.

He received a 15- to 30-year sentence and had served eight years when he and three other men escaped from the Bayside State Prison in Leesburg, New Jersey on Aug. 19, 1970.

The FBI says Wright became affiliated with an underground militant group, the Black Liberation Army, and in 1972 he and his associates hijacked a Delta Air Lines flight from Detroit to Miami -- and on to Algeria.

The group lived as a "communal family" together in Detroit before the hijacking, according to Associated Press reports at the time.

News reports at the time said Wright, then 29, dressed as a priest and used the alias "the Rev. L. Burgess" to board Delta Air Lines Flight 841 on July 31, 1972, accompanied by three men, two women and three small children.

When the plane landed at the Miami airport, the hijackers demanded a $1 million ransom -- the highest of its kind at the time -- to free the 86 people on board. After an FBI agent delivered the money, the passengers were released, according to AP accounts.

The hijackers then forced the plane to Boston, where an international navigator was taken aboard, and the group flew on to Algeria, where the hijackers sought asylum.

The group was taken in by Eldridge Cleaver, the American writer and activist, who had been permitted by Algeria's Socialist government to open an office of the Black Panther Movement in that country in 1970, after the Algerian president at the time professed sympathy for what he viewed as worldwide liberation struggles.

Algerian officials returned the plane and the money to the U.S. at the request of the American government, and briefly detained the hijackers before letting them stay.

Coverage of the hijacker's stay in Algeria said their movements were restricted and the president ignored their calls for asylum and requests to return them the ransom money.

Wright's associates were eventually tracked down, arrested, tried and convicted in Paris in 1976.

Wright was the last remaining fugitive, and his case was among the top priorities when the New York-New Jersey Fugitive Task Force was formed in 2002, according to Michael Schroeder, a spokesman for the U.S. Marshals Service. The Department of Corrections brought along all its old escape cases nine years ago when the task force began operating, Schroeder said.

The investigators started the case anew, he said, and for nine years never took a prolonged break from working on it.

They looked at reports from the 1970s, interviewed Wright's victims and the pilots of the plane he hijacked. They had age-enhanced sketches made and tried to track down any communications he may have made with family in the U.S.

The address in Portugal was one of several on a list of places they wanted to check out. But Schroeder said there was nothing about it that made it seem especially promising. "It was another box to get checked, so to speak," he said.

That changed last week, when details started falling into place with the help of authorities in Portugal.

"They have a national ID registry," he said. "They pulled that. That confirmed his print matched the prints with the DOC. The sketch matched the picture on his ID card."

By the weekend, U.S. authorities were on a plane to Portugal. And Monday, Portuguese police staking out his home found him.

In addition to the FBI, a cadre of law enforcement agencies worked on tracking and apprehending Wright, including the U.S. Marshals Service, New Jersey's Department of Corrections, the Monmouth County prosecutor's office and authorities in Portugal.

"This case should ... serve notice that the FBI's determination in pursuing subjects will not diminish over time or distance," said Michael Ward, the agent in charge of the Newark division.