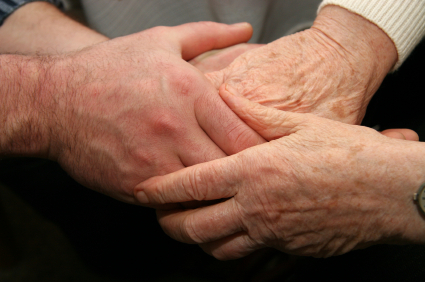 When my mother turned 65, all she wanted was a shiny, new long-term care insurance policy. As an obliging daughter, I found the perfect fit!

Mom was on to something. According to the U.S. Department of Health and Human Services, about 70 percent of people over age 65 will require some type of long-term care (LTC) during their lifetime, and more than 40 percent will need care in a nursing home. In 2008, 21 million people had a condition that required personal care assistance, and that number is expected to rise as the population ages.

If those odds don't scare you, maybe the dollars will. In 2010, the approximate cost of nursing home care was over $83,000 per year for a private room, $75,000 for a semiprivate room and $40,000 per year for care in an assisted living facility (for a one-bedroom unit), while home health aides charged $21 per hour. Prices vary depending on the state, but you get the idea - this is big money.

And let's be clear: This kind of care is largely NOT covered by Medicare, which only addresses short-term skilled services or rehabilitative care. The government will step in (via Medicaid) only if you deplete most of your assets -- not something I advocate. Unfortunately, the stories of people blowing through their hard-earned retirement accounts are not fiction -- one of the swiftest ways to deplete an asset base is to get sick at the wrong time. That's probably why Medicaid currently accounts for 40 percent of all spending on long-term care.

Ideally, everyone would be able to find affordable LTC coverage, but it's just not an option for many. The Affordable Care Act of 2010 originally had a component for LTC, which would have provided basic coverage (about $27,000 per year) for an annual premium of only $1,500. Sadly, the plan was suspended because a bean counter realized that it might cost a lot more than originally anticipated.

That leaves most people who own a house and have saved a chunk of money (let's say a total net worthof over $300,000) with a rotten dilemma: either pay for private long-term care insurance, which is mighty expensive, or roll the dice and hope that you don't need care.

If you are single, maybe you don't mind assuming the risk. You could spend down your money, leave the kids zilch and qualify for Medicaid under the worst-case scenario. If you have more than $1.5 million, you could choose to "self-insure," or pay for care yourself.

If you are married, with assets between $300,000 and $1 million, you might be risking your healthy spouse's quality of life. For example: Joan and Mike are 70 years old with a house and retirement accounts totaling $800,000. Mike has a stroke, which he survives, but he needs more care than Joan can provide. Mike enters a nursing home, which costs $80,000 per year, lives three years and then dies. Joan is left with a greatly reduced nest egg and now must sell her home and make some tough decisions.

There is a middle road. On average, women need care for 3.7 years and men 2.2 years. One way to reduce the cost of an LTC policy is to choose a three- or five-year benefit period. Yes, there are some who will need care beyond five years (about 20 percent), but the cost of an unlimited benefit period could outweigh the risk.

Another way to reduce the cost of LTC insurance is to insure a portion of your daily need, rather than the whole thing. As CBS News investigative correspondent Sharyl Attkisson reports, many customers are finding that, when it comes time for insurance companies to pay, they're balking. That's why as you shop for LTC providers, stick with the highly rated companies with a proven record of not hiking premiums.

The reason that many of these companies are trying to back out of their obligations is that their actuaries may not have accurately projected the risk of how many people will need long-term care and/or the cost of that the care. Most insurance companies allow a little wiggle room by preserving the right to raise your premiums in the future for a class of insureds (as opposed to just one person at a time).

The bottom line is that there's no sure-fire way to eradicate long-term care risk, but at the very least, you can reduce it.

Why traditional retirement is dead

Create a better vision for your retirement

How married couples can max out their Social Security