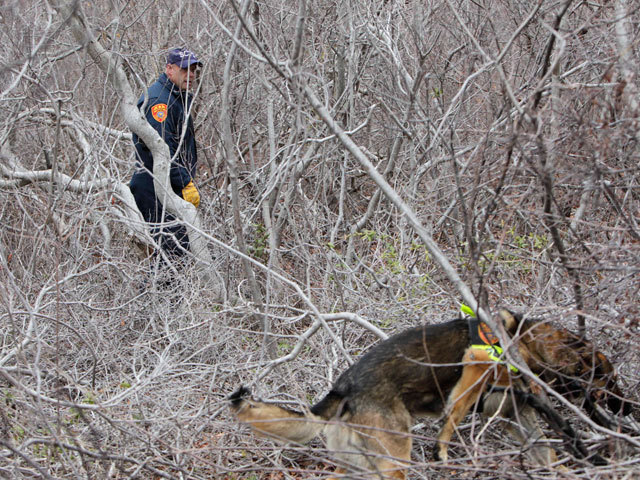 (CBS/WCBS/AP) OAK BEACH, N.Y. - Police may have a suspect in their sights in the case of the possible Long Island serial killer.

Although he refused to elaborate, a law enforcement source told the New York Post that investigators are "looking at somebody."

Authorities have been looking for a possible serial killer responsible for the deaths of eight victims whose bodies were recovered on a Long Island beach, east of New York City.

The killer may be responsible for more deaths than the eight on Long Island, reports CBS affiliate WCBS. According to Suffolk County Police Commissioner Richard Dormer, investigators are considering a connection between the Long Island killings and the murders four of Atlantic City prostitutes, whose bodies were found in 2006.

"That is certainly part of the investigation," Dormer said.

The four women identified in the Long Island case advertised as prostitutes on Craigslist. The remains were discovered over the course of 4 months in a remote and overgrown area of a Long Island barrier island.

Even as they consider new leads, investigators are extending their search from Suffolk County into neighboring Nassau County. Police are looking for additional remains and any sign of Shannan Gilbert, whose disappearance sparked the search that has led to the discovery of the bodies.