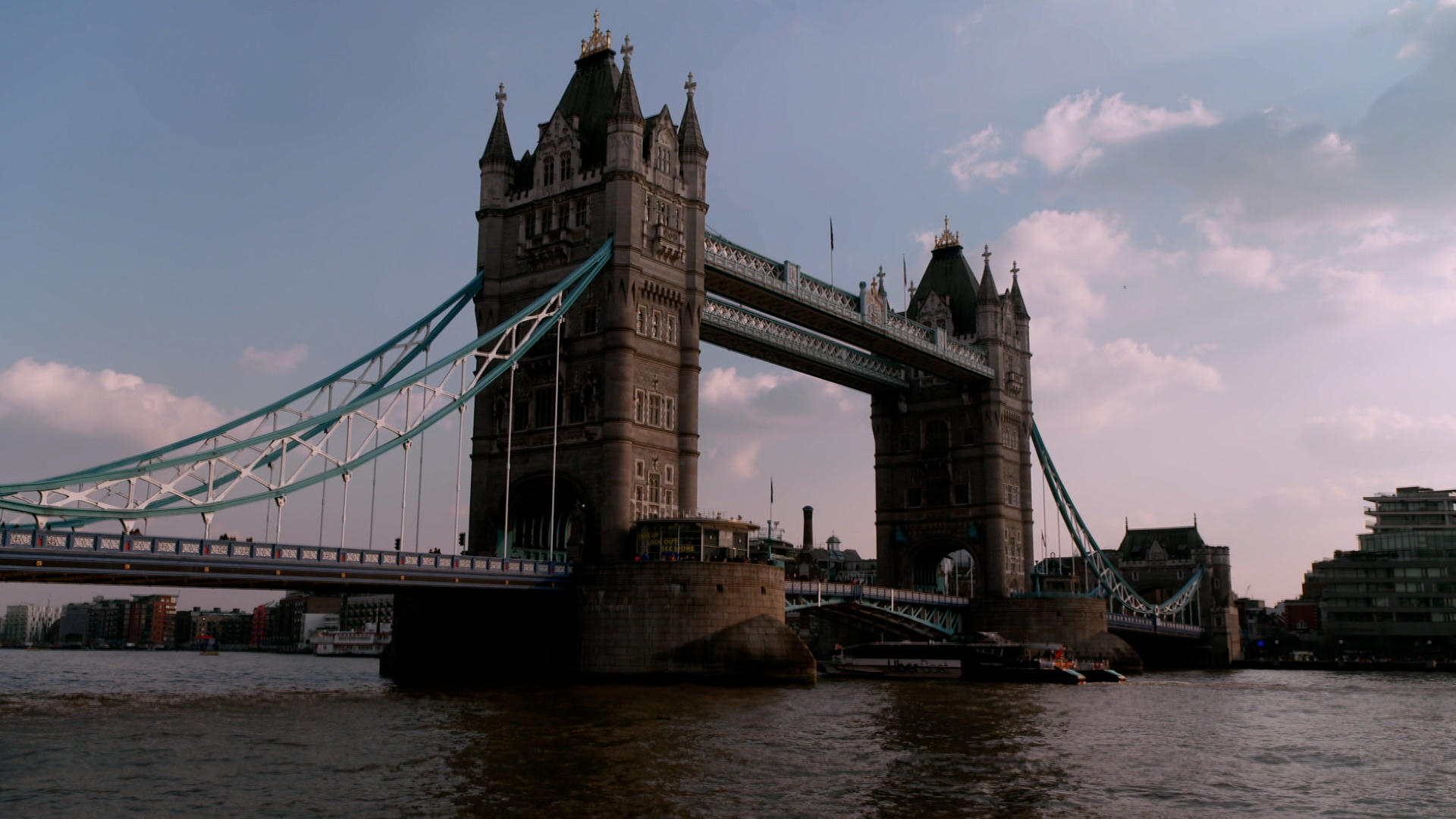 As Russian troops lay waste to Ukrainian cities, the West has tried to punish President Vladimir Putin by choking off the finances of his closest allies, mega-rich oligarchs who have lived abroad in luxury for decades. And while Europe has seized mansions and superyachts, and the U.S. has frozen bank accounts and banned travel, the U.K. is lagging behind.

For years, Britain actively courted Russian billionaires, ignoring reports that some of their wealth was suspect. Today, there's so much Russian cash in Britain, the capital has been nicknamed "Londongrad."

British intelligence has warned that oligarchs' money is propping up Putin's regime — and helping to fund the war in Ukraine. Now, the U.K. is under pressure to show its Western allies it can stop the flood of corrupt money.

Dominic Grieve: Money has been flowing into the United Kingdom — absolutely no doubt about this — which often has had what I can only describe as a tainted source. But then Russia is a mafia state.

Dominic Grieve is a former conservative member of Parliament, who served as attorney general and chaired Britain's intelligence committee. His 2019 report on Russian interference in U.K. politics, found Britain was awash in Russian oligarchs' money — much of it from untraceable sources.

Dominic Grieve: So one has to face up to the fact that if you're going to live in Russia or do business in Russia, you have to dance to the tune of the mafia boss. And the mafia boss is President Putin.

Dominic Grieve: A lot of Russian businessmen have very close links to the Kremlin. Others don't. But as long as you have a connection to Russia, then the risk is that if you don't conform to the requirements of the Russian state you will come unstuck.

Since the collapse of the Soviet Union, the United Kingdom has welcomed the oligarchs with few questions asked about their fortunes. Instead, a £2 million investment got special visas and a fast track to citizenship for hundreds of oligarchs. Billions of pounds poured in and Russian tycoons went on a buying spree. Andrey Guryev, an oil billionaire, bought Witanhurst. In London, only Buckingham Palace is larger. Roman Abramovich purchased the champion Chelsea soccer club. There was so much money, Dominic Grieve says, it was hard to tell legitimate investors from crooked ones. The 2019 report found it was so easy to wash dirty cash in Britain, the visa program was known as the "laundromat."

Bill Whitaker: It sounds quite alarming, what you found in this report.

Dominic Grieve: Everybody on it was in complete agreement that the United Kingdom was in danger of being complacent about the threat that Russia posed in the round, one aspect of which was the fact that we had opened the door to allowing large quantities of Russian money to come into our country and to be invested here.

Bill Whitaker: Was this all a strategy for the oligarchs to sort of build influence here in the U.K.?

Dominic Grieve: I think the evidence is pretty clear that in some cases it was. It's a question of whether the influence is being used to try to soften up the responses of Western democracies towards the actions of the Russian state.

The oligarchs may live abroad in splendor but most — not all — owe their fortunes to Vladimir Putin.

Putin can make them do practically anything, says Mikhail Khodorkovsky. Once the richest billionaire in Russia, he's now just a millionaire in exile in London. Khodorkovsky told us many of the oligarchs thrive and survive at the indulgence of the Kremlin.

There's no doubt about it, he told us, Putin will give the order to recruit mercenaries, transfer money or spread fake news on social media.

He told us Putin uses oligarch money to help fund the war in Ukraine. And the oligarchs — Putin's foot soldiers, he calls them — simply comply.

"I think because they feel a noose around their neck tied by Putin," he told us, interpreted from Russian. "I can only explain it this way."

In 2003 Khodorkovsky, an oil titan, dared to publicly criticize Putin. He was arrested and charged with fraud. The lion of industry was tried and convicted in a courtroom cage and spent 10 years in prison.

Bill Whitaker: Is that why more people don't speak out against Putin?

"Yes," he told us, interpreted from Russian, "Putin wanted to send a message that no one was allowed to criticize him. If you don't do what the Kremlin wants, you can easily be imprisoned."

Khodorkovsky told us the oligarchs' links to the Kremlin should have set off alarms. Instead, the infusion of money ignited a London real estate boom. A government report found one of the easiest ways to turn dirty money into a legitimate asset is to buy a house.

Oliver Bullough worked as a journalist in Russia and now writes books on financial crimes. He showed us around to explain how the "laundromat" works.

Bill Whitaker: This is the neighborhood of choice for the Russian oligarchs?

This is Belgravia. These neighborhoods around Eaton Square are some of the most expensive on Earth. Once the exclusive preserve of dukes and barons, now…

Oliver Bullough: There is this nickname for Eaton Square. It's called Red Square because there are so many Russians. I mean, it's a slightly ironic nickname obviously because Red Square is, you know, tends to be associated with communism.

The anti-corruption group Transparency International estimates Russian oligarchs with links to the Kremlin own at least $2 billion worth of property in London.

Bill Whitaker: So if an oligarch were to buy in here, he could clean his money and his reputation?

Oliver Bullough: Yeah. If you're the kind of person who can own a house on Eaton Square, you're slipping in, seamlessly slipping into a tradition of aristocracy and nobility.

Oliver Bullough: It's powerful. Right? You are someone who has stolen a company in Russia. You are only rich because you're friends with Vladimir Putin. But look. Look what you've got. Look where you are. This is London's core industry. This is what we do. Transforming thugs into aristocrats 24 hours a day.

Oligarch care in London is worth an estimated $350 million a year. Real estate agents, tax advisers, bankers have become rich serving them. High-powered lawyers deploy the British legal system to protect them. All the while, Bullough told us, most British politicians turned a blind eye.

Oliver Bullough: There was a general feeling that if the money was coming here and paying taxes that was building schools and building roads and building hospitals, then we didn't care where it came from. But it seems extraordinary now, looking back, that the murder of Alexander Litvinenko in 2006 did not occasion a national conversation at least about what we were doing.

A former KGB spy, Alexander Litvinenko was working with British police to expose the Russian mafia when Kremlin assassins put a radioactive toxin in his teacup. In 2018, Russian double agent Sergei Skripal and his daughter survived an attack with a Soviet-era nerve agent on British soil. Still, Bullough told us, the laundromat churned on. Only now, with Russian missiles raining death on Ukraine, is Britain seriously questioning the money oligarchs have been showering down on them for years.

Oliver Bullough: It was pretty obvious what Russia was like by 2018. And yet it was still — you find prime ministers saying, "It's time we finally got rid of the dirty money in this country." So it's time now? How was it not time, you know, a decade previously? We have become very dependent certainly in London on the fees that this money generates.

Leader of the opposition, the Right Honorable Keir Starmer: For too long Britain has been a safe haven for stolen money. Putin thinks that we're too corrupted to do the right thing and put an end to it. Does the prime minister agree now is the time to sanction every oligarch and crack open every shell company so we can prove Putin wrong?

Prime Minister Boris Johnson: Yes, Mr. Speaker, and that is why this government has brought forward the unprecedented measures that we have.

The government of Boris Johnson canceled the visa program when Russia invaded Ukraine. it banned travel and froze the assets of 19 oligarchs. It will soon launch an anti-corruption police unit. Both political parties — Labor and Conservative — have courted Russian money but Conservatives have gotten the lion's share — at least $4 million in political donations since 2012, including almost $1 million from Alexander Temerko, a former Russian arms tycoon, now a British citizen. He's not on the sanctions list.

Ian Blackford: How can our allies trust this prime minister to clean up dirty Russian money in the U.K. when he won't even clean up his own political party?

But nothing inflamed Johnson's critics more than his 2020 appointment of media mogul Evgeny Lebedev, a dual citizen, to the House of Lords.

Despite warnings from British security services that the son of an ex-KGB agent posed a security risk, Lord Lebedev of Hampton and Siberia put on his ermine robes. Now from his seat, he can watch other British lords race to resign from boards of Russian companies.

Dominic Grieve: You may have noticed in the last two weeks there's been the most massive bailout of people leaving the boards of Russian companies because it's become socially, quite apart from politically, unacceptable for them to be on it. But in the past, there were plenty of such facilitators around.

Bill Whitaker: What made it acceptable before? I mean there have been one incident after another that should have set up alarm bells?

Dominic Grieve: Well, that's certainly my view. Because we were concerned about those things and about the threat — the potential threat — that Russia poses to our national security.

Former oligarch Mikhail Khodorkovsky told us he thought the sanctions were essential but not enough.

"What drives me crazy," he told us, interpreted from Russian, "is the cowardice of western leaders who say we can't do this, we can't do that because Putin might retaliate. That appeasement is exactly the tactic the West used against Hitler and that led to millions of lives being lost."

Pressure is building on the oligarchs of Britain. Anti-war demonstrators now call them out. Close Putin ally Roman Abramovich, who is selling his soccer club, may have been poisoned himself in Kyiv. Industrialist Oleg Deripaska's Belgravia mansion was occupied by squatters two weeks ago. Oliver Bullough told us London's dirty secret.

Bill Whitaker: What's at stake here if this continues?

Oliver Bullough: I think the really important point to understand is that an oligarch doesn't stop being an oligarch if they fly to the U.K.. They want the same things in the U.K. as they want at home, which is, you know, they want rigged access to government auctions. They want preferential access to politicians and I think we need to be very, very risk-averse about allowing that to happen here. Because once you set off down that path, it's very hard to come back.

Cyprus: Searching for the money of Russian oligarchs