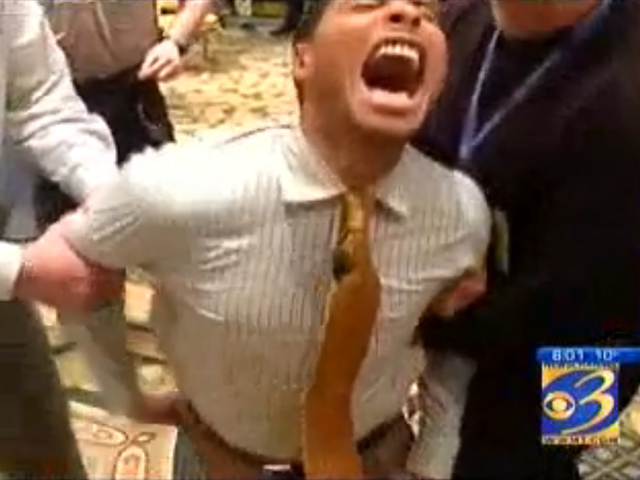 That's what his colleague wanted to know after Baskerville allowed himself to be tased for a news report on whether Michigan should allow its citizens to be armed with a taser or stun gun.

"You have to go through it to understand why these weapons, considered non-lethal by most are not toys, but powerful weapons," Baskerville explained.

Baskerville had planned to be tased for five seconds, but could only handle two seconds of the high-voltage shock.

When asked what it felt like, Baskerville described the experience as the worst pain he's ever felt, like someone is "crushing your bones."