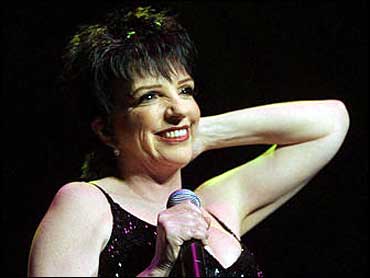 Police say Liza Minnelli was hospitalized early Monday after falling out of bed at her residence.

Sgt. Gerry Falcon, a spokesman for the New York City police department, says the singer/actress was taken to a New York hospital whose name is not being disclosed to the public.

The Oscar-winning entertainer has had a bumpy year marked by legal problems.

In November, she was sued by her former bodyguard and driver, who has accused her of assault and battery and claimed she made him have sex with her to keep his job.

Separately - her estranged husband, David Gest, filed a $10 million lawsuit alleging that she beat him so badly that he suffered extensive head injuries.

Minnelli has countersued both Gest and her former bodyguard.