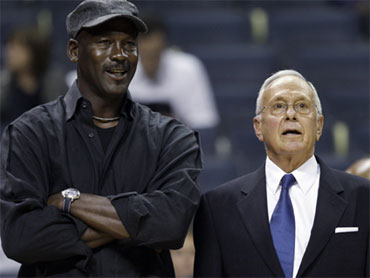 There has been increased focus on anorexia nervosa since it was that reported teen star Mary-Kate Olsen has entered a treatment facility to seek professional help for the disease.

And anyone who has struggled with this illness will tell you the first step is seeking help. It's something that 20 year-old recovering anorexic Lindsey Gaines knows well, as she has been fighting the illness for more than five years.

It's been "hell" she tells The Early Show co-anchor Hannah Storm. "Each meal is a battle. Still, each day, waking up in the morning whether I want to get out of bed or not get out of bed, it's hard. It's so hard. And to eat or not to eat, you have to decide every day whether or not you want to live or you want to die."

Lindsay says some days are better than others, but what makes her want to continue is the support she gets from those around her. "The love that I know I get from my family, my friends, the goals that I have in life, talking to my doctors. And, I mean, they allow me to see that it's worth it."

Her doctor Evelyn Attia, from the eating disorder program at New York State Psychiatric Institute, points out the struggle can take a very long time, but there is recovery.

"Lindsey has done phenomenally well," she says. Interestingly, it all started with Lindsay just wanting to go on a diet.

"No big deal," she says. "Just like any other teenage girl goes on a diet. And one thing led to another and it just spun out of control."

Luckily, she says, someone who was in the cafeteria during lunch hour with her realized Lindsey was skipping lunch and took the initiative to contact Lindsey's parents to let them know what was going on.

"She's not even really a friend of mine," Lindsay says and points outthat from then on her parents did everything possible to seek help for her.

At first, her parents took charge and checked her into a hospital where she ate three square meals a day, including snacks and between-meal eating, and attended all sorts of therapy sessions. This started a long streak of going back and forth between inpatient and outpatient programs, but never quite finding the success that she needed to move onto the next stage of treatment. Lindsey says these programs weren't helpful partially because, as she said, she wouldn't admit that she had a problem.

She says, "I didn't want help. I was not sick. There was nothing wrong with me. I did not want any sort of help."

A real turning point in Lindsey's treatment came one day while she was sitting in the office of one of her therapists.

Very emotional, she recalls, "I was reading this brochure that said all the warning signs of what anorexia really is. And I was sitting there with my mom and I started to cry. And my mom says, 'What's wrong?' And she's kneeling down next to me and she goes, 'What?' I'm like, 'I'm this.'"
Urging her daughter to admit her problem, her mother said, "Say it ,Lindsey." Eventually Lindsey did admit that she was anorexic. And that was the first step to accepting treatment.

Lindsey says, "I started working with the therapist and let him in, but he recommended I go inpatient. I've been inpatient many places, outpatient many places. Insurance, unfortunately, doesn't pay for this disease. And it pays for the first 30 days in treatment and then that was it. And then my parents paid out of pocket for me to be in treatment thousands and thousands of dollars. "

Today, Lindsey flies back and forth to New York to get treatment and is very thankful to the Columbia University research program.

To family members who have a child struggling with this disease, Dr. Attia stresses the importance of getting help and sticking to the program.

She says, "Anorexia nervosa has this unusual mix of a life-threatening, very severe symptom of low weight, and the belief that the individual holds that weight normalization, that getting to a normal place, is not something they want to do. So this puts the patient in a very difficult spot and often family members, friends, others that they trust need to be involved to get someone into treatment and to get them to tolerate treatment along the way."

"Nothing I can say will make them be better," she says. "Nothing their parents are going to say is going to make them be better. I went into Columbia saying to myself, 'I'm going in because my parents are making me go in.' I kicked; I screamed; I cried; I yelled. I fought with security guards. I did everything I could. I ran; I hid. I wasn't going. I said, 'I'm not going. I hate this. I hate you guys. I hate my parents. Why are you doing this to me?' They said, 'Lindsey, we love you and we're not going to let you die.'

"So I would really say to the parent or to whomever, the family member, that one friend, that if you love your child or you love that person, do whatever you have to do to make sure they're well. And that's what my family and my support system and my friends all did for me - thank God."