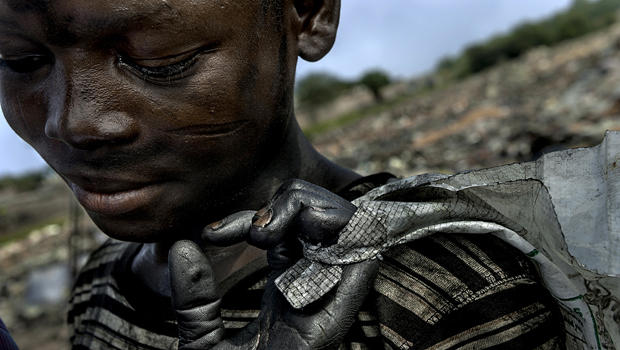 However serious your money problems may be, would you willingly trade them for the challenge of living on just one dollar a day? For millions of people, that’s their reality EVERY day. Tony Dokoupil has the pictures to prove it:

Think about this: One out of every nine people on Earth gets by on less than two dollars a day.

“I want people to go and look at those images and immerse themselves as if that was their reality,” said Pulitzer Prize-winning photojournalist Renée Byer. “It just begs the question why.”

Byer has spent years photographing a world we don’t often want to see. Those photographs and the stories they capture are part of a new traveling exhibit, “Living on a Dollar a Day.”

“The most important thing for me was to preserve their dignity in these pictures,” Byer said.

And how does she do that? “Show how hard-working they were, to let their life unfold in front of me, and to document that life.”

She does it by documenting not just their lack of food, clean water and healthcare, but their smiles, too.

“If you were take that child out of that scene, that’s just like an everyday slice of life -- just running, smiling,” Byer said.

Globally, the poorest of the poor total more than 800 million.  “One of the myths about poverty is that people who are poor are lazy,” she said. “And I have to say that in all of my travels through four continents, that that couldn’t be farther from the truth.”

To get to the truth, Byer took time off from her newspaper job at the Sacramento Bee. She traveled to 10 countries, taking 15,000 photographs.

In Ghana, children in flip-flops sift through the burning fragments of old computers, searching for metal they can sell. “You can see the fire here -- even his eyelashes are singed from the fire, from working so close and digging with his bare hands in this toxic waste,” Byer said.

That’s where she met Fati, age eight, stricken with malaria and crying as she worked.

“I said, ‘What’s the matter? Why is she so sad?’ And they said, ‘That’s because she wants to go home with you.’ It broke my heart.”

The number of people living this way is actually dropping; it’s down more than half since 1990, thanks to foreign aid and new investments in health and education -- and, yes, thanks to some of Byer’s photos, too.

All of these children at left are now in school, helped by people inspired by her photographs.

Fati (top right), is now at a boarding school. “She has the most amazing smile,” Byer said. “Her life has completely changed.”

Of course, there are still millions out there who aren’t as lucky, which Byer hopes to change … one photo at a time.